Last year we saw that the iPhone 5s fingerprint scanner is not foolproof and can be bypassed by a “fingerprint spoof” – an artificial print created from wood glue and a photo of a latent fingerprint taken with a regular smartphone camera. 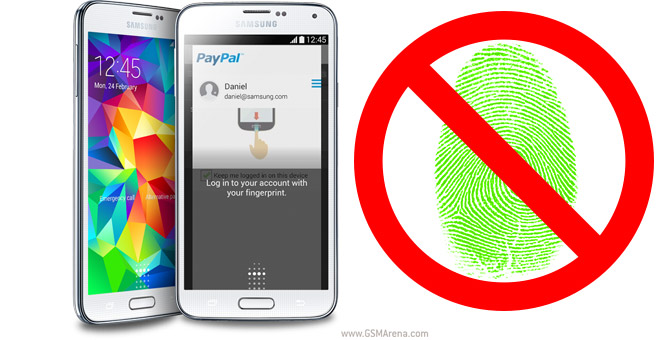 As it turns out, the Samsung Galaxy S5 fingerprint scanner can be fooled by a spoof too – in fact, it was the same one previously used on the iPhone.

Creating a fingerprint spoof is not necessarily easy for the layperson, but it’s a fairly easy process once you know what you’re doing and you have a good photo of a latent print (possibly taken from the glossy screen of the device itself).

Apple’s sensor is as easy to fool as Samsung’s, but the iPhone will lock after a few unsuccessful attempts while it’s easy to make the Galaxy S5 let you try again. This makes it a little easier to unlock.

Anyway, check out how a Galaxy S5 is fooled using a spoof on video:

You can read more about fingerprint spoofs and how they are made from the SRS Labs post from last year (which was about the iPhone).

Keep in mind that third-party apps like PayPal use the fingerprint scanner on the Galaxy S5 to secure payments and PayPal is used in a large portion of online stores.