We’ve already heard twice that Samsung is working on a 12.2″ tablet. Back in June the Korean site ETNews revealed that such device is on the way. Then in July the popular tipster evleaks tweeted about a Samsung SM-P900 12.2-inch slate running on Exynos 5 Octa chipset and having a 2560 x 1600 pixel screen. 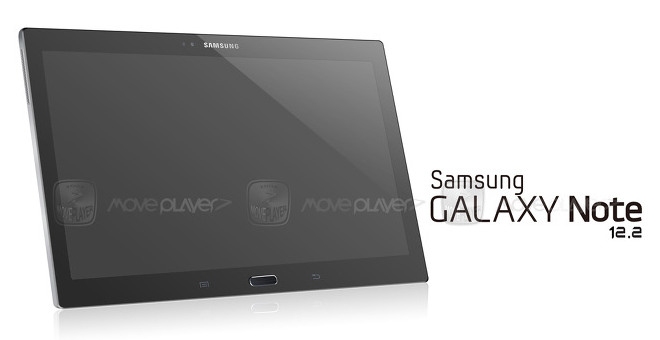 Today we get to see the first render of this SM-P900 tablet, which is supposed to be dubbed Galaxy Note 12.2.

There is no new details on the specs besides this first picture. Since the slate will supposedly join the Note lineup, we should expect S-Pen support and various stylus-enabled apps that Samsung is usually providing as part of the TouchWiz UI.

If the device is real we guess it will go official around the IFA expo in a few days.

Thank you, Radu Iorga, for the tip!