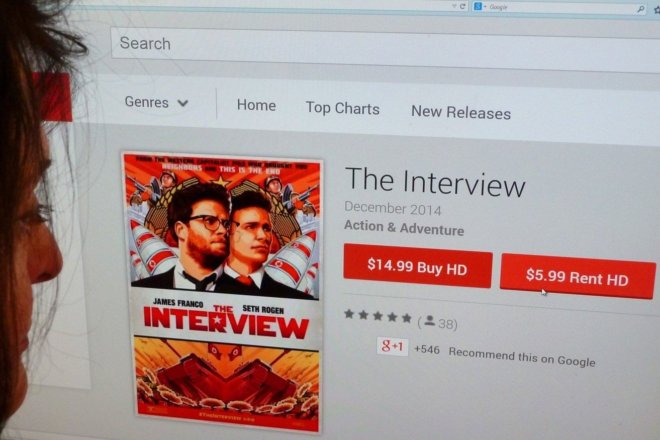 “Through Saturday, December 27, including all of its online distribution platforms, The Interview has been rented or purchased online more than 2 million times,” SPE said in a statement. This compares with the estimated $2.8 million the movie made over the same time period in theaters, although that was a limited release.

The movie was released online on December 24 through four digital channels: Google Play, YouTube Movies, Microsoft’s Xbox Video, and a dedicated website: www.seetheinterview.com – it costs $5.99 to rent and $14.99 to purchase. Later on, Apple also joined the club, making the film available through its iTunes store.