Instagram announced today a new feature called Direct, which enables you to share your videos and photos to a select friends or a group of friends. 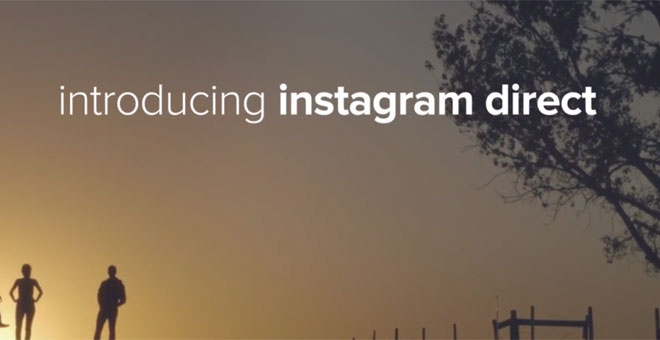 The new feature was announced at a special Instagram event by the company’s CEO Kevin Systrom. He also shared that Instagram now boasts 150 million users, raising from 80 million in the beginning of the year.

Anyway, Direct supports groups of up to 15 people, which, as it happens, is also the limit in seconds of an Instagram video. You will be able to access Direct from the Share To button from the Instagram app and from there select which friends get to see the photo or video.

Everything you share through Direct is accessible in the Inbox, and not in the feed. Check out the Instagradm Direct promo video below.

The new Instagram feature aims to make the image and video sharing website more social. Undoubtedly, Instagram has learned a thing or two on how to be more social from Facebook since the social network acquired the company. The Direct feature is coming in version 5.0 of the Instagram app that is going to become available on the Apple App Store and Google Play Store today.