Apple managed to one-up all expectations today by unveiling not one, but two new iPads – the iPad mini and the 4th gen 10-inch iPad. The new 10-incher succeeds and immediately replaces the 3rd gen iPad, which has been selling for barely seven months now.

Both the new iPads will be available this holiday season in all the countries in this long list.

The Wi-Fi versions of the new iPads will be available for pre-order this Friday (Oct. 26) and will be shipping as early as next week, starting on November 2. 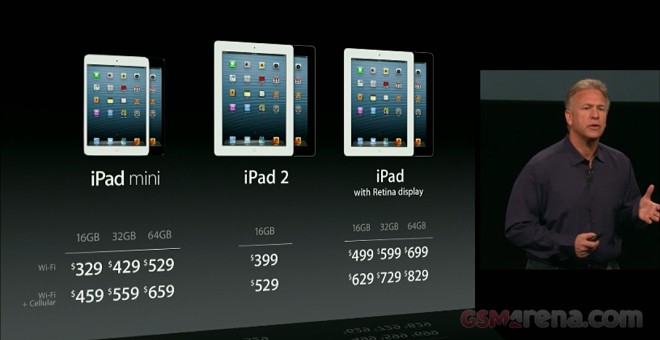 Here’s a nice table I made that sums up the prices of the most popular models in some of the countries on the first wave:

Make note that the European prices will differ slightly from country to country due to the variations of VAT. While the Apple stores in Germany, Italy, and the UK have pretty much the same prices, those in France will be higher, much the same way those in Luxembourg will be lower.

The Wi-Fi+Cellular versions of both iPads will be available later in November.