The EXIF info lists the device as Samsung SM-C115, in line with previous leaks. 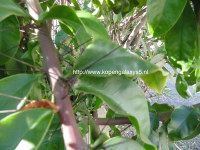 The camera / smartphone hybrid will launch with Android 4.4.2 KitKat, it will be unveiled on April 29 at the “Kapture the Moment” event in Singapore.