The BlackBerry PlayBook barely made it to stores’ shelves and already it fell into the hands of the guys over at iFixit and was carefully stripped to pieces. The guts of RIM’s shiny new tablet showed (almost) nothing surprising and scored a 7/10 repairability. 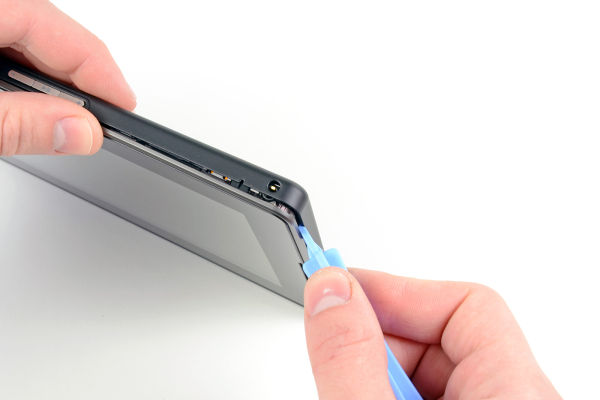 The front panel is made of magnesium with the glass above the display glued to it… That makes the glass harder to replace, but if the LCD below is okay that’s all that will need replacing.

Also, the two cameras of the PlayBook are attached to a single assembly along with the control buttons on the top. If one of those buttons needs replacing, the costly cameras will have to be swapped out too.

Curiously, each of the two “speakers” is actually made from two speakers, so the BlackBerry PlayBook has four speakers, though it still plays stereo (it’s done for loudness).

Read more on the PlayBook teardown over at iFixit – they have plenty more gorgeous shots of tablet innards too.