The Kindle Fire might have been the star of the Amazon show that just ended, but it wasn’t by any means the only major announcement. Along with the Android-based tablet came three eReaders, two of which have touchscreen control. 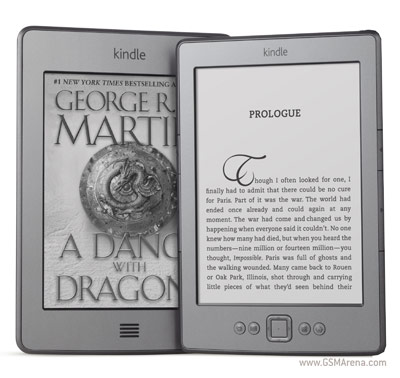 We got the new Kindle, which gets rid of the QWERTY keyboard and is 30% lighter at 170g and 18% more compact than its predecessor. What’s most important about it though is its price – it’s just $79 dollars. The only catch is, this price is valid only for the ad-supported Special Offers version (where that is available). If you don’t want any adverts on your homescreen you will have to part with $109 for the new Kindle. But there’s more.

Second come the two touch-driven eRearders – Kindle Touch and Kindle Touch 3G. In addition to the touchscreen controls those also come with a new X-Ray feature that lets you explore the “bones of the book.” With a single tap, you can see all the passages across a book that mention ideas, fictional characters, historical figures, places or topics that interest you as well as more detailed descriptions from Wikipedia and Shelfari (Amazon’s community-powered encyclopedia for book lovers).

The difference between the Kindle Touch and Kindle Touch 3G is the added 3G network connectivity, which comes without any extra charges or data plans. The cheaper, Wi-Fi-only Kindle Touch costs $99 with Special Offers and $139 ad-free, while the network-connected Kindle goes for $149 and $189, respectively.

To make it easier for customer to tell the new Kindles apart from the old ones, the previous model was renamed to Kindle Keyboard. The Wi-Fi only version of that now costs $99/$139, whereas the 3G QWERTY-packing Kindle is $139/$189.

The cheapest of the three new Kindle readers is already available and you may order it here. The two Kindle Touch versions are still on pre-order with an estimated shipment date of November 21st.