It may seem like a simple thing, but a basic sports band retails for $49, but may cost as little as $2.05 according to IHS (that’s without packaging, shipping and other costs).

And that’s the cheapest 38mm band, the highly popular Milanese loop and Leather loop go for $149, while the Stainless steel link bracelet is a whopping $449, more than the base Watch model. 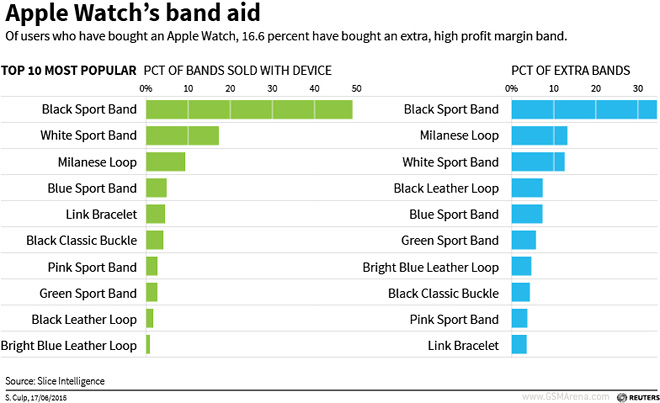 Extra bands can be swapped out easily to match your outfit or activity (leather or metal business, rubber for exercise) and can be bought after the initial purchase. Since the hardware of the $350 Watch and $10,000 Watch is essentially the same, spending more on bands makes some sense.

The bands allow Apple to double-tip into consumers’ wallets, but it may face some competition if third-party bands become popular.