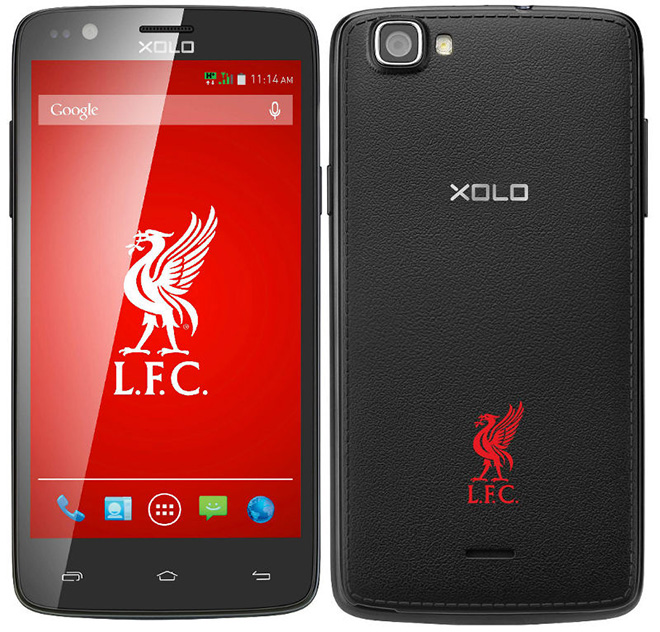 So now, you won’t have to buy a Liverpool FC cover or set any wallpaper specially. This Limited Edition phone has the exclusive Liverpool content such as logos, boot animation, icons and wall papers.

Along with that it bundles a LFC branded charger, back case, and more. Under that, it is the same Xolo One smartphone with 4.5-inch FWVGA display powered by a 1.3 GHz MediaTek MT6582M chipset with 1.3GHz quad-core CPU.

The Xolo One LFC Limited Edition packs 1GB of RAM and 8GB of internal storage with memory slot. Offering 3G network connectivity and dual-SIM support, this phone packs mere 1700 mAh battery. Perhaps sales would have been better if the phone was released last week, before Liverpool lost its chance to qualify for next year’s Champions League.