Xiaomi let reporters fondle its new flagship, the Mi 4, so now we have the first benchmark score and several photos from the 13MP camera. 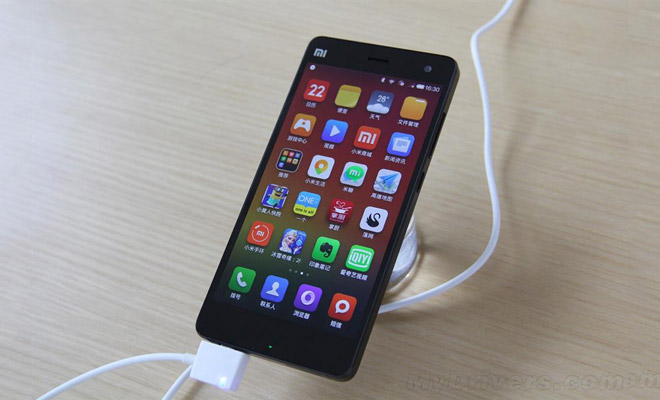 Also, hands-on photos show off two of the custom backs for the Xiaomi Mi 4 – wood and stone.

Xiaomi Mi 4 and its custom backs

The Mi 4 is powered by a Snapdragon MSM8974AC 801 chipset. Using its AnTuTu score we can compare it against other S801 flagships. The results look very promising with the Xiaomi smartphone ending up near the top.

Note that while the Xiaomi Mi 4 was running a fairly recent Android 4.4.3 KitKat for the benchmarks, it was running an old version of MIUI (v5 instead of v6). It’s not clear if this will affect the results in any way.

Source (in Chinese) | Via (in Russian)