Yesterday a 27-year-old British lady broke the world record in fast typing on a mobile phone, typing 160 characters in just under 26 seconds. Using a Swype-enabled Samsung I9000 Galaxy S Melissa Thompson managed to better the previous best achievement by 9.6 seconds. 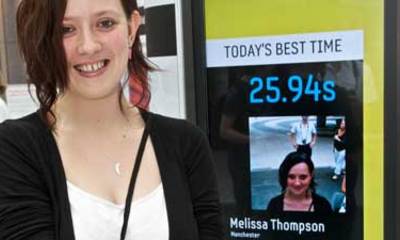 The message used for the Guinness World Record is “The razor-toothed piranhas of the genera Serrasalmus and Pygocentrus are the most ferocious freshwater fish in the world. In reality they seldom attack a human.”. Whoa, go chew on that!

The new World Record holder said that since she doesn’t send as many messages as she used to her fingers were “out of shape” so there is probably more to come from her.

I don’t know about you, but I’m not sure that I can ever get close to the 6.17 characters/second that Melissa Thompson achieved with her “out of shape” fingers. What about you?