Windows Phone 8 is on 80% of all WP handsets

The latest data out of AdDuplex indicates that the latest version of Windows Phone, WP8, is now on four of every five devices running Microsoft’s mobile OS. 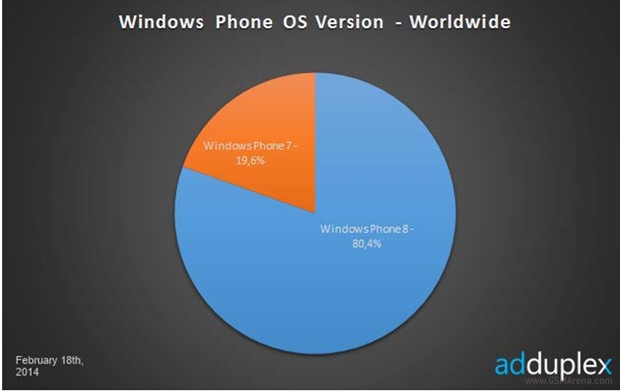 This comes as a result of growth of the WP ecosystem through both adaptation of new handsets and retirement of older Windows Phone 7 handsets. 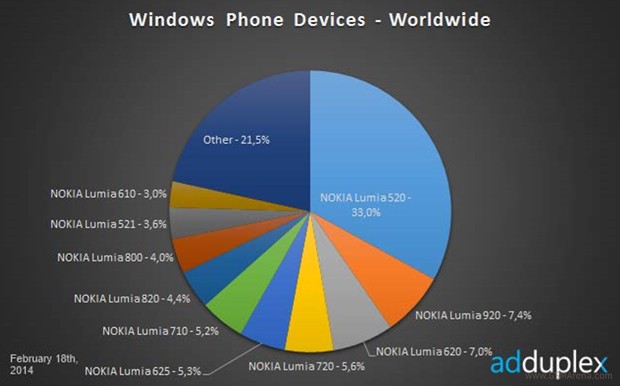 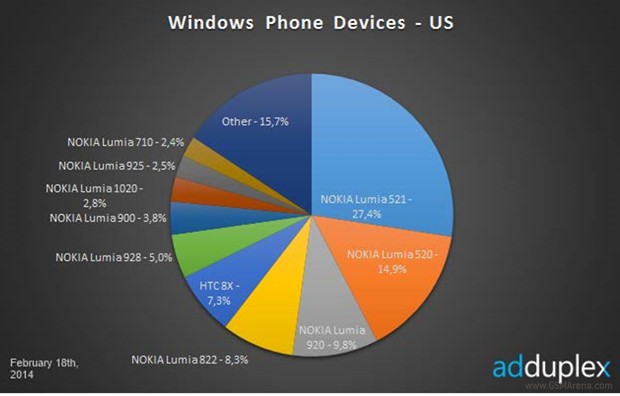 One of the stars of the WP8 surge is the Nokia Lumia 520, which currently accounts for a third of all Windows Phone handsets globally, and over 40% in the US (alongside its US variant, the Lumia 521).

However, Nokia’s higher-end handsets, the Lumia 1020, 1320, and 1520 have yet to make their presence felt. We’ll see whether the upcoming release of Windows Phone 8.1 will be able to attract a more tech savvy crowd that the more affordable Lumias could not.