A reddit user managed to stumble upon a developer unit of the Nokia Lumia 920 that he purchased from eBay. Much to his surprise, however, he found several features not found on the existing version of Windows Phone 8 and something Microsoft may have been saving for later. 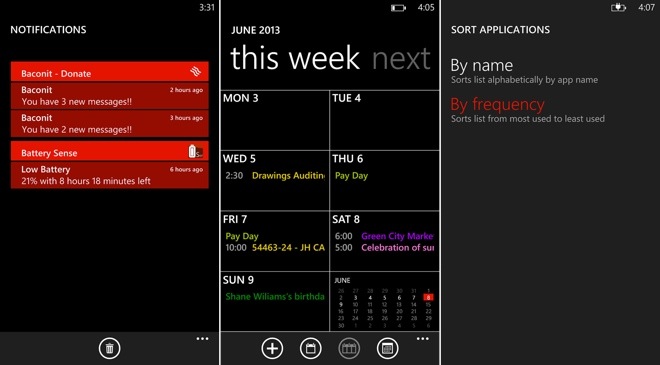 Chief among these discoveries is an early version of a notification center. Microsoft has admitted previously to not being able to include a notification center in Windows Phone 8 because it ran out of time but you could expect to see it in the next major version and what you see above could be it.

Other interesting features include updated calendar view, ability to close apps running in the background and sort applications in the list by name and frequency. It is being said that these are part of what is being called Windows Phone 8 Blue update, which is supposed to bring some new features to the OS. From what we’ve seen so far, it’s not much but at least it’s a step in the right direction.