Windows Phone 7 Marketplace hits 3000 apps this week, commits 15K developers to the cause

Today Windows Phone 7 developer team’s blog announced that the platform is just about to reach the 3000 app milestone. Sure, the number might sound petty in comparison to virtually every other smartphone platform out there but the growth rate is actually quite impressive. 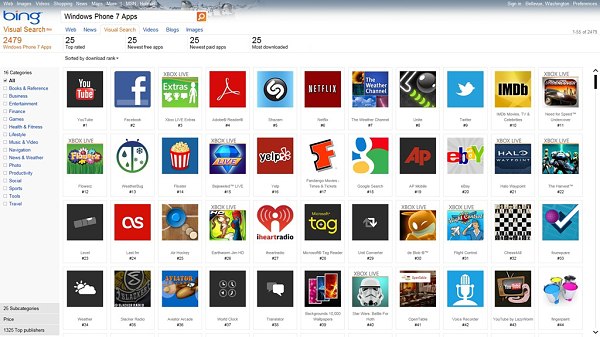 Windows Phone 7 Marketplace had just 1 000 apps exactly 22 days ago so it has been getting an average of 90 apps per day since then. And the total number of developers that plan on releasing some kind of WP7 app has exceeded 15 000, which is quite impressive, considering that WP7 handsets have only been available for a month.

Android was accepting applications at this rate last November (more than a year after the G1 was released) and even the omnipresent App store got 3000 apps in one month in October 2008 (17 months after the first iPhone was introduced). So, while Windows Phone 7 certainly has a lot of catching up to do it might be up to speed faster than anyone expected if the exponential growth rate continues. Microsoft would need to release a few updates and shorten that ridiculously long list of limitations before that, though.