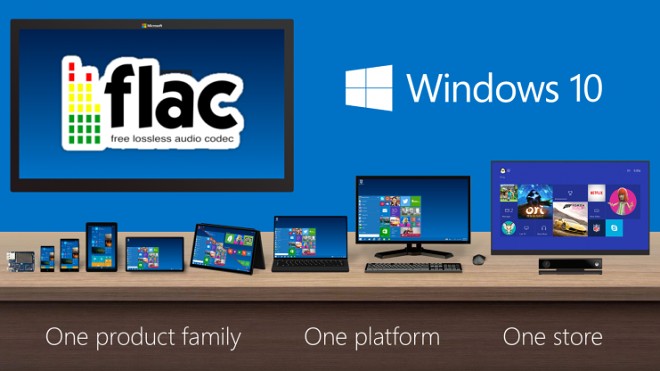 The smoke was already clear around legacy app support on smaller devices and today Joe has shared another much anticipated piece of information – namely that Windows 10 on mobile devices will have native FLAC support.

Built-in lossless audio playback in desktop distributions of the OS has been discussed on numerous occasions and was confirmed relatively early in Windows 10′s lifecycle. However users were not exactly sure what to expect on the mobile front. As it turns out every eligible Windows mobile will receive FLAC support as well, but in later build. Insiders will perhaps have a chance to take a sneak peak first, but even they still have some waiting to do.