Having said that, Where’s My Perry? did feel like more of the same, so you’d think Disney would stop at that. But they haven’t and so now we have Where’s My Mickey?. Once again, we get more of the same sand swiping action and directing of fluids around the screen but with a different character, one we are all too familiar with. But will that be enough for you to consider spending your dollar (or two) on the game or should you give this one a pass? Let’s find out.

In terms of the basic gameplay, Where’s My Mickey? is identical to the previous two games. You have to transport water from point A to point B on the screen while collecting the three items on the screen, for which you have to swipe on the screen to draw a path in the sand. There are a few new gameplay elements in WMM. First of all, there are these new clouds, which float about in the level and you can tap on them for them to shower water below. The clouds can hold a finite quantity of water, indicated by the color of the cloud. The clouds usually have water but in some levels you can also fill them up with water, at which point they basically act as sponges. 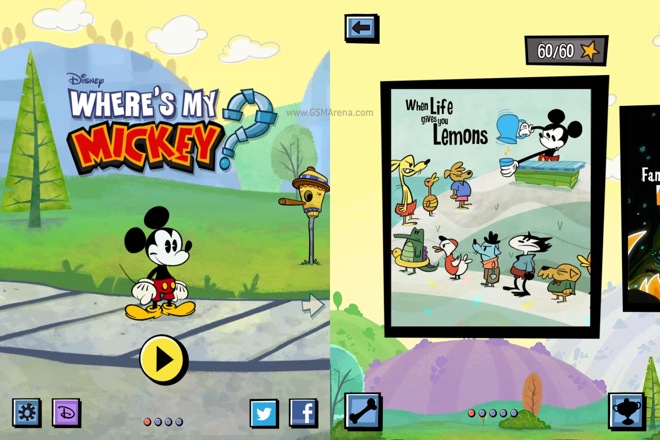 The clouds cannot be moved directly but in most levels you have wind flowing, which can be used to move them around. In some levels you get to direct the wind the same way you would direct the water by digging paths in the sand to make the cloud move to the desired spot. 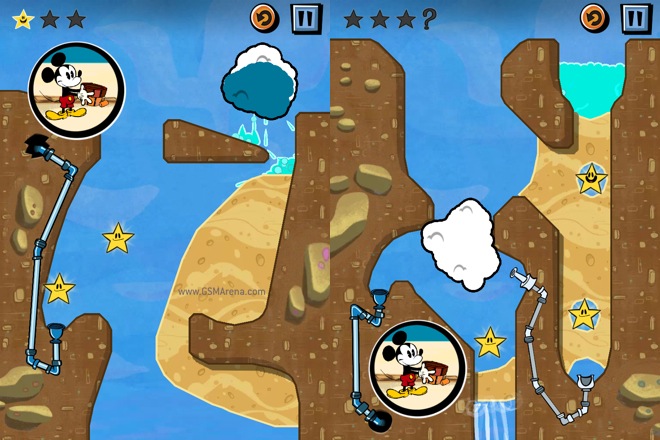 Another new addition is plants that can be grown by simply watering them, which means you will need to part with some of your water. Growing a branch basically creates an obstruction, which can help, say, prevent a cloud from floating away or in containing water. 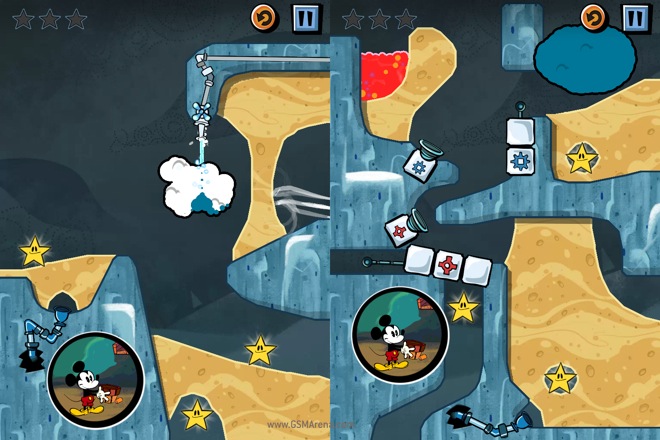 Carried forward from previous games is a destructive red liquid, which pretty much destroys everything. It can kill your collectibles, burn plants (which comes in handy if you need to get rid of them) and destroy clouds as well. As with water, it can be used to open doors but make sure you don’t mix it in the water as it will turn all the water red and if it goes into the final pipeline the level ends. 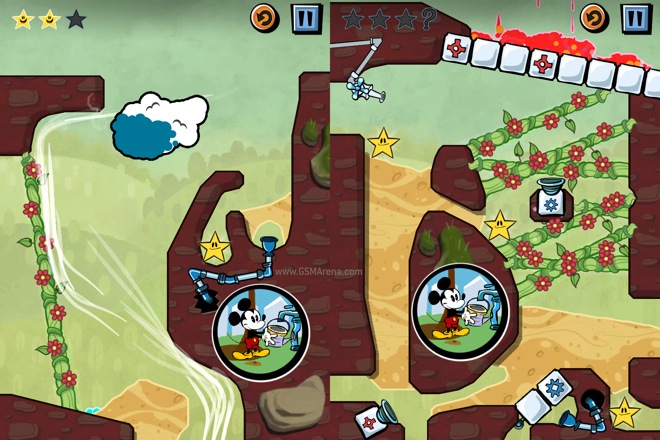 WMM has four level packs with twenty levels each. If you collect the special item hidden in some of the level, you unlock two additional items for that level pack, where you have to combine clouds. You have the ability to generate wind to guide them around. Other than that, there are also two special Goofy packs with twenty levels each, out of which three each are unlocked but to unlock the rest you’ll have to pay a dollar through in-app purchase. 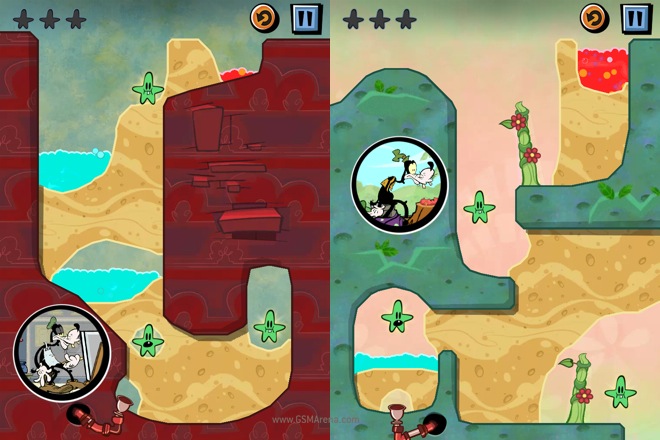 In the Goofy levels, the mechanics are reversed and here you have to collect the red liquid and it’s the water that causes damage. These additional levels were quite fun and made me wish they were part of the game. For just a dollar extra, they are good value. 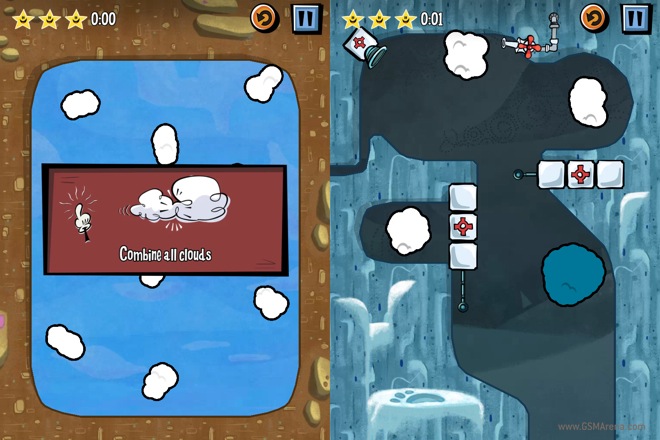 So far it all sounds like the first two games, so what’s new here? Well, the character, as you can guess. And although it makes diddly squat of a difference when you’re playing the game, it’s the little cutscenes that play between levels that make this game fun. Disney has used one of the very early designs of Mickey in this game and the same slapstick humor from that time. And while that may sound juvenile now it’s amazing how the animation still manages to be funny. Most funny games end up producing a chuckle at most but WMM can be actual laughter producing funny at times. The point is, even after 85 years of existence, Mickey Mouse is still entertaining and that’s no small feat.

Goofy, whom I generally consider more entertaining, wasn’t as good in this game and clearly not a lot of time went into developing his stories and animations.

WMM employs classic hand drawn animation style for the visuals, which looks good but won’t exactly blow your mind. The soundtrack, on the other hand, is entirely forgettable. Even after spending hours playing the game I can’t recall what the music playing in the background was like.

‘If it ain’t broke, don’t fix it’ seems to be the mantra behind Where’s My Mickey?. Disney decided to play safe and churn out another variation of two very successful games. Where’s My Mickey? does not even have the gameplay variety or the number of levels found in the previous two games. Thankfully, what would have otherwise been a very repetitive game, is saved by the clout of Disney’s oldest character. The hilarious animations that play between levels singlehandedly make the game worth purchasing. And repetitive or otherwise, the gameplay is still fun, so if you’re new to it or enjoyed it before you are going to love it here. The puzzles are fairly easy but offer just enough challenge to keep adults as well as children interested. For the price, Where’s My Mickey? is worth a look.