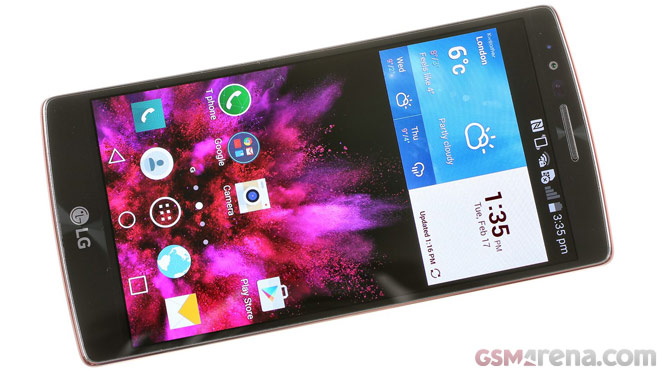 The LG G Flex2 is already on sale, so if you were considering getting one you might want to learn what the public thinks of it.

First off, the design. This went strongly in favor of “Hot.” It’s part of the LG G2 family tree with the Volume and Power keys placed centrally on the back. The back is special though, it is self-healing and at room temperature can recover from a scratch in half an hour. Some didn’t appreciate its glossiness though. 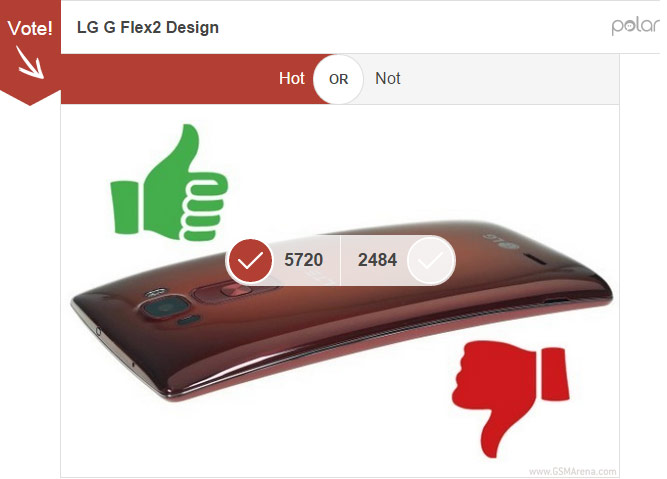 Next up, the display. This is the second-generation of bendable P-OLED and LG has solved the resolution issues, the display is now at 1080p. Combined with the downscaling form 6″ to 5.5″, the image quality has improved noticeably. There were some comments about 1080p PenTile not being up to par with late 2014 screens, but the votes still swung far into “Hot” territory. 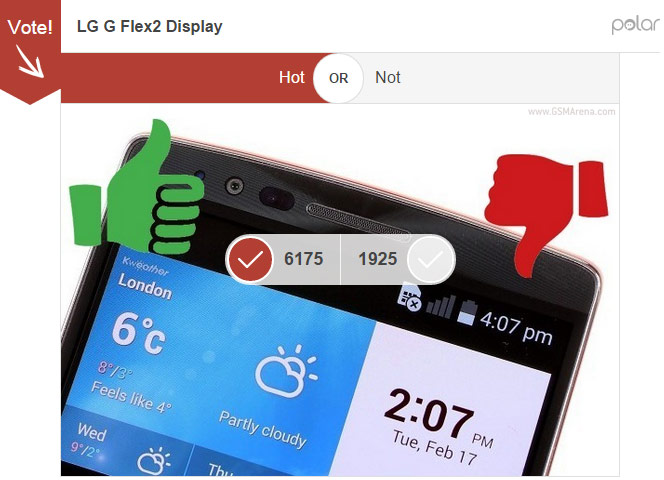 The performance of the Snapdragon 810 chipset was also met with a positive response, despite the numerous jokes about it being “Hot” in more ways than one (referring to the overheating debacle that accompanied the launch of the chipset). 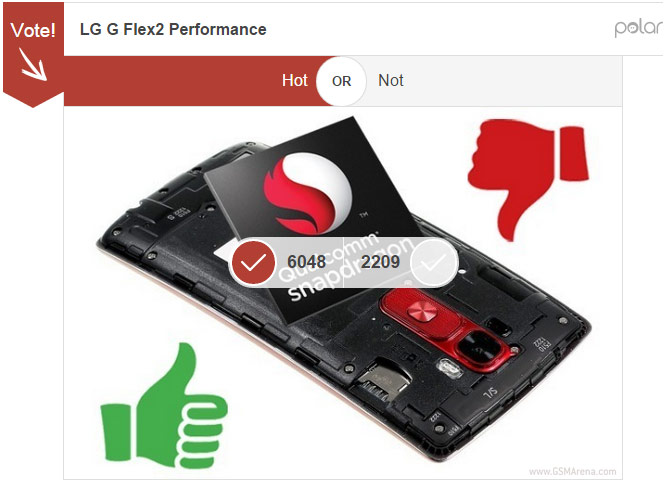 The camera also got a “Hot” label, though it proved a more dividing issue. Commenters compared it to the LG G3 and the straight as a ruler flagship seemed a favorite. 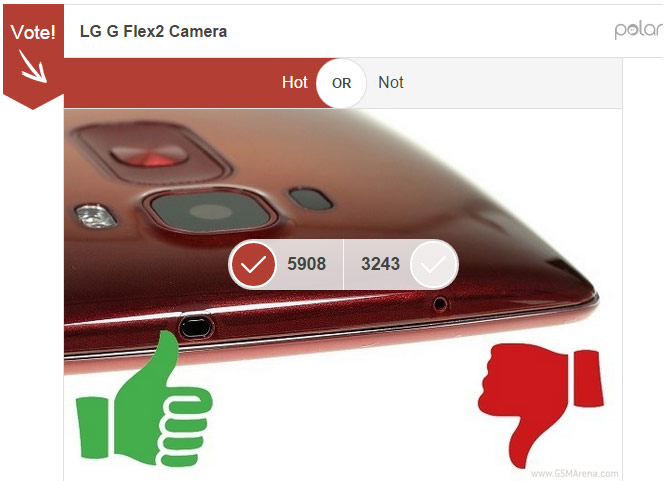 The LG G Flex2 an overall positive vote, despite a number of issues being raised along the way. That’s good news for LG, as the bendy flagship will have to tide things over until the LG G4 (which may be slated for April).