The newly-announced Nokia Lumia 530 will be in stores next month but here’s your first chance to see more of the device in the official hands-on video. The video touts the 530′s colorful back panels that can be changed on a whim and the many apps Windows Phone 8.1. 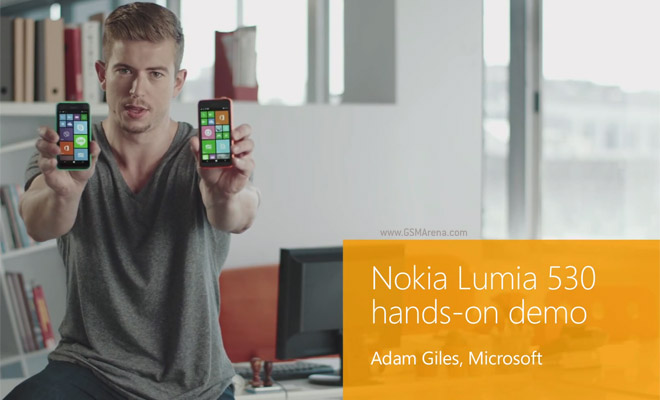 Focusing on apps is no surprise, “Nokia” is really a division of Microsoft now and Windows Phone is its growing smartphone ecosystem.

Not mentioned in the video, but the Nokia Lumia 530 also has Drive+ so you get free, voice-guided navigation for most of the world (everywhere Nokia HERE Maps has coverage). Read more details about the Lumia 530 that weren’t covered in the video.