The next step on our LG Optimus 2X tips and tricks tour is gesture controls. LG has added a choice of various tilts and taps that can make you smartphone do some serious things. It’s a pretty unique feature actually, you won’t see on every other Android smartphone. 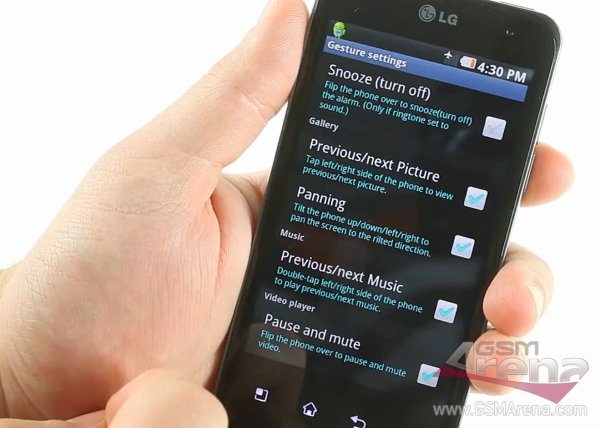 The mysterious gestures allow you to move your cursor when entering text by simply tapping on one of the handset’s sides. Or they let you move widgets across different homescreen panes by simply tilting your phone.

You could also pause a video by simply flipping the phone over or pan around an image by tilting it one way or the other.

I suggest we stop explaining and start displaying. Here’s a quick video demo that we did for you.

I guess the novelty of these gesture controls will soon wear off. What do you think? Would you use stuff like that on a day-to-day basis?