Toshiba wants to kill the desktop PC with two new laptops, one of which has Intel Core i7 CPU and 18.4″ screen (for extra portability I guess)

Helping to seal the fate of desktop computers Toshiba announced two new laptops that feature Intel’s entire Core i range – from the “lowly” Intel Core i3 through the i5 to the i7. Meet the Toshiba Tecra A11 and the Toshiba Qosmio X500.

The Toshiba Tecra A11 (not Tegra) has a 15.6” screen, which leaves enough room for a 10-key NumPad on the keyboard. The Tecra A11 has four options for the CPU, all of them dual-cores: 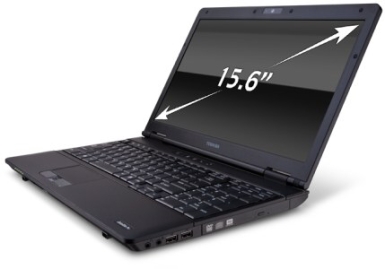 Should 15.6” inches prove too little for you the Toshiba Qosmio X500 has a monstrous 18.4” screen with FullHD resolution. At the heart of this laptop that challenges the notion that laptops are portable, lies either a Core i5-430M or a Core i7-720QM. The Intel Core i7-720QM is a quad-core CPU that runs at 1.6GHz with max Turbo Boost frequency of 2.8GHz. It also packs 6MB of L3 cache. 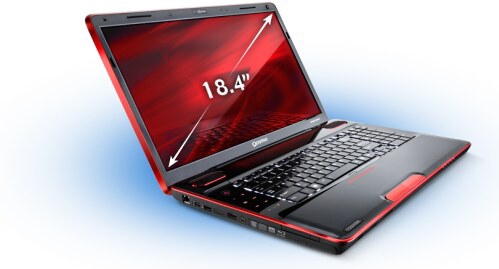 These specs will make a lot of desktop computers sweat – and with a screen size of 18.4” the Toshiba Qosmio X500 can replace your current desktop PC, monitor and all. And because you don’t have to deal with a lot of cables, it’s marginally more portable too.