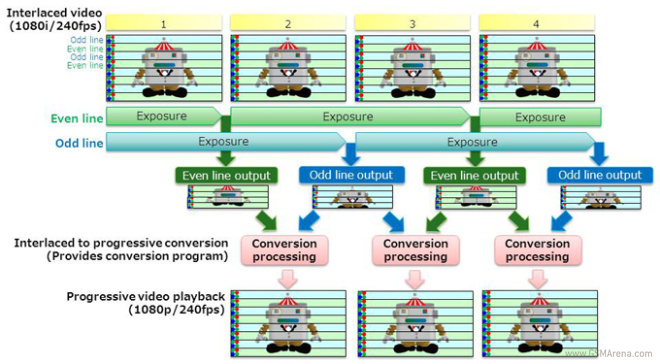 Toshiba’s newest technology manages to secure more than double the normal exposure time by adapting to interlaced video output, so as to record videos at high frame rates.

The “Bright Mode” is also said to double the electrical charge of each pixel, which in turn results in an output that is four times brighter than the images from a normal CMOS sensor. Furthermore, interlace- progressive conversion program from the company allows you to record high quality progressive videos with less deterioration and without any change in the actual frame rate.

Toshiba’s upcoming CMOS sensors bring a new dimension to imaging with its ability to playback high quality video in slow motion at almost one-eighth the standard speed. The first sample Bright Mode sensors will be available in first quarter this year, but there’s no saying when we can see actual products with it.