The Mali-400 line of GPUs is getting a bit old but it isn’t going away yet – Chinese chip maker Amlogic announced a new chipset that packs an eight-core version of the GPU alongside a quad-core Cortex-A9 CPU clocked at the impressiev 2GHz. 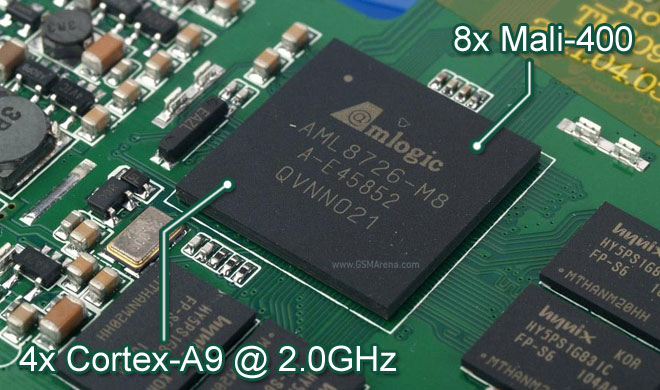 The GPU offers a big increase over the theoretical performance of the Mali-400MP4 found in the likes of the Galaxy S III with 3,000Mpix/s fill rate (Amlogic numbers), though ARM only rates the GPU at 2,000Mpix/s (though that’s most likely at a lower frequency).

The chipset has built-in video decoding going up to 4K2K and Ultra HD and audio decoding for Dolby and DTS.

The AML9726-M8 will be built on the TMSC 28nm process and will be available in Q3 this year.

There’s also another version of the Mali-400 that sits between the MP4 and MP8, the Mali-400MP6. There doesn’t seem to be a chipset in the works that uses the MP6, though.