You may remember the DROID RAZR teaser ad that was released before the launch of the device where a bullet slices through a lot of things. 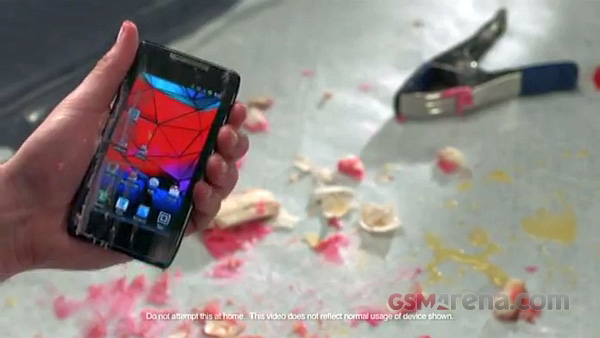 Well, apparently, it wasn’t cool enough for the people at Rogers who created one of their own. Except this time, they used the phone itself instead of a bullet.

It shows the DROID RAZR going through an egg and a cake. Because people really want to know when they buy a phone whether they will be able to shoot it through an egg and a birthday cake and still be able to use it afterwards. How about showing stuff that people actually do with their phones for a change? Because it seems to be working rather well for a certain other company.

It seems all of the Motorola phone ads are crazy these days. In fact the only one making crazier ads is Sony. Speaking of weird Sony ads, here’s one for the PSVita.