A few iPhone 4 leaked screenshots show that Apple is testing the previously mentioned iPad multi-touch gestures on the latest generation iPhone as well. This is not necessary a proof they will be implemented in the final iOS 4.3 version, but it certainly give us hope.

As we previously informed you, Apple is working on various multi-touch gestures for the iPad, which will eliminate the need of the Home button. Unfortunately they were not available in the iOS 4.3 developer beta for the iPhone. 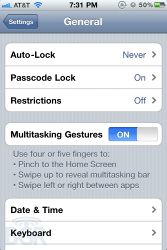 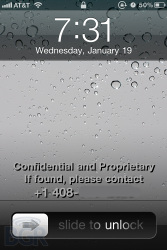 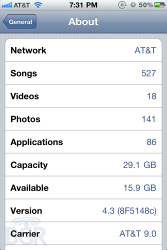 Well, a few leaked screenshots reveals that Apple is testing the same pinch and four/five finger gestures for the iPhone 4 and there is a chance we might see them in the official update. Sure, five fingers on a 3.5-inch screen sounds like an overkill, but we’ll wait until the official statement before passing any judgments.