The Do Not Disturb mode introduced with Apple’s latest iOS 6 appears to have a serious bug. Since the turn of the year, it stopped functioning as promised and prevented quite a lot of people from getting their calls and messages. 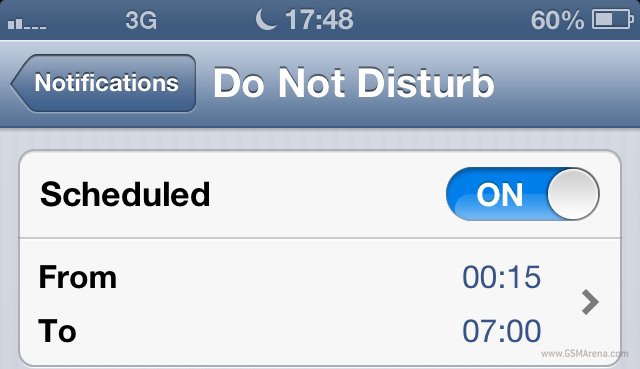 The DND feature allows you to set a period of time when your iPhone will stop alerting you of incoming calls, messages and notifications. It doesn’t affects the alarms though.

Unfortunately since last midnight the DND mode won’t turn off automatically once the scheduled time comes and continues to silence pretty much everything. If you are in iPhone user, don’t panic, your friends didn’t forget you (probably), your phone is not alerting. And maybe those friends you have a hard time reaching since last night, are probably victims of the said bug.

Anyway, you can’t fix this with just switching the feature on/off (already tried this, it eventually get stuck again), so you’ll have to turn it off until an official update becomes available.