LG LU3000 Optimus Mach has already leaked once, but it’s time for its official premiere. The Android Froyo –running handset will hit South Korea any moment, but it’s unclear whether it will reach the rest of the world. 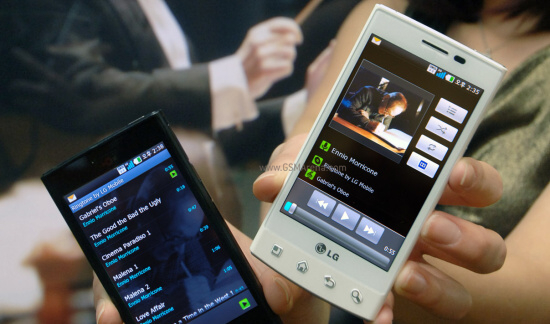 LG Optimus Mach uses the TI OMAP 3630 platform based on a 1GHz ARM A8 Cortex processor. The recently leaked benchmarks show the platform is quite a performer and in some cases it even outperforms competing 1Ghz custom Cortex A8 chips used on the Apple iPhone 4 and the Samsung Galaxy S.

The rest of the specs include a 3.8-inch WVGA capacitive touchscreen, 5 megapixel camera with HD video recording, all-round connectivity and an HDMI port. 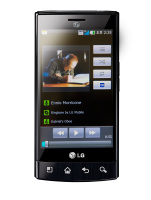 LG has collaborated with Ennio Morricone to bring his music on the Optimus Mach. The handset will pack unique ringtones and some theme songs from famous movies.

LG Optimus Mach is available in black and white and should start selling in South Korea any moment now.

LG also presented the Korean variant of their Optimuch Chic. The model number is LU3100 and the handset should start shipping within a week. Here are some pictures: