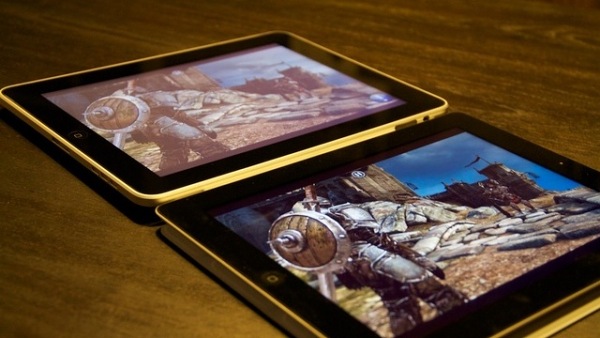 The differences aren’t big enough to justify looking for a display from a specific vendor, but might explain why your iPad 2 screen looks slightly different than your friend’s.

What puzzles us a bit is the fact that the iPad 2 tends to have lower contrast than its predecessor. We assume the slight degradation of the screen key performance aspect has something to do with the slimmer profile of the new slate – perhaps, there’s was some sort of a compromise that had to be made. 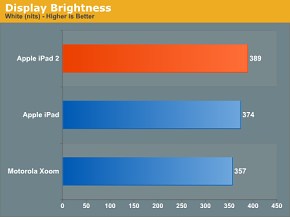 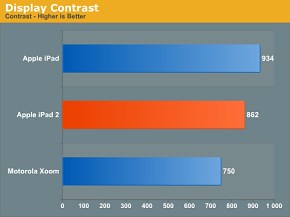 The good news is that the iPad 2 is still better than the Motorola Xoom, which is its main market competitor right now (in the States, at least). Also the second Apple slate brings an increase in brightness and, judging by those side-by-side shots Gizmodo published, better viewing angles. Now we wouldn’t bet money on that as the original iPad is placed further away from the camera, which puts it at a disadvantageous position, but the guy who posted the photos says the difference is actually pretty easy to notice in real-life too.

We just hope that the advantage is not limited to only one of the screens used by Apple for the iPad 2. What leads us to suspect something like this is that Gizmodo is the only reviewer’s team that reports improved viewing angles. 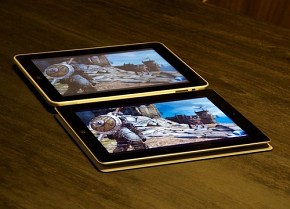 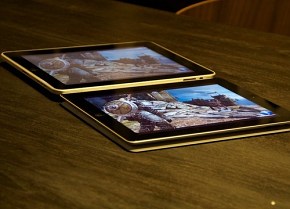