So, iPhone touchscreens are fast in terms of responsiveness but are they accurate? They are not, says test automation firm OptoFidelity. Using a couple of home-brewed machines the company found that the new iPhone 5s and iPhone 5c are quick to react to user input but can’t track your finger as accurately as a 18 months-old Samsung Galaxy S III. 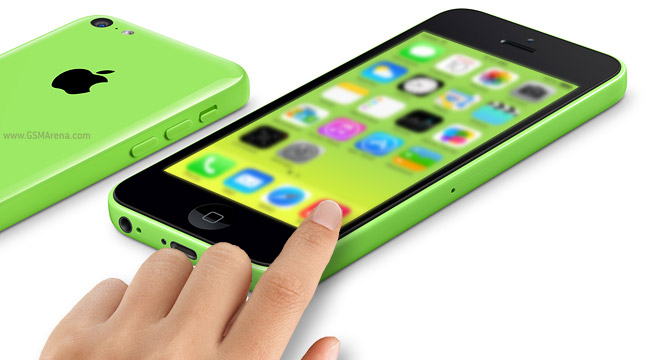 The test was performed by an accurate robotic finger that touched the screen at specific coordinates and compared it to what the phone reports as the touch coordinates. You can see one of their machines here. 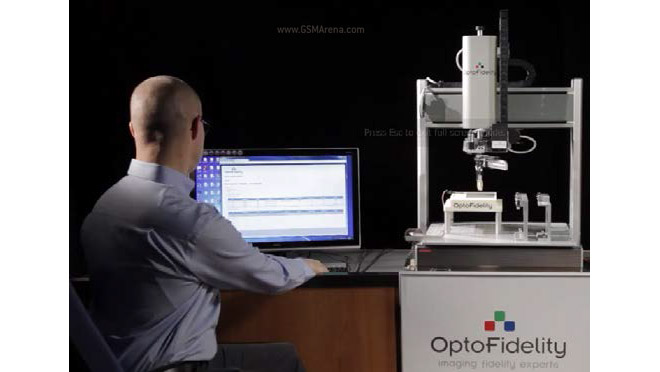 The Samsung Galaxy S III is accurate over the whole screen except for the very edge, while both the iPhone 5s and 5c screens are accurate only over a relatively small area in the bottom half of the screen (which, not coincidentally is where the on-screen keyboard is).

Here’s the chart made by OptoFidelity – green means the reported coordinates are accurate to within a millimeter, while red means an error of over a millimeter. 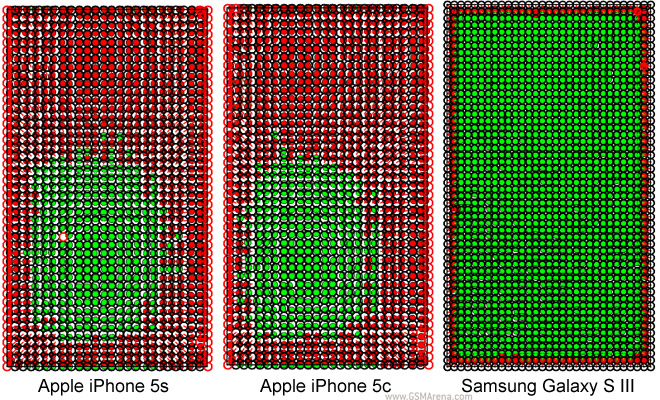 One millimeter doesn’t sound like much, right? The real-life implications are bigger than the number would suggest though. The iPhones are especially inaccurate around the edges, which means that letters Q, O and P are on the on-screen keyboard are hard to hit. Here’s how the accuracy chart overlays the top row of the iPhone keyboard.

And here’s the same image for the Galaxy S III.

Have you ever had problems with accuracy on your iPhone 5s or 5c? If you have, now you know why.

Thanks to OptoFidelity for sending us this intriguing report!