Some of you may be aware of the social network called Path. The service was meant to connect you to your closest people and only allowed up to 150 contacts per person but the service never really saw much use in the light of much bigger and popular services. 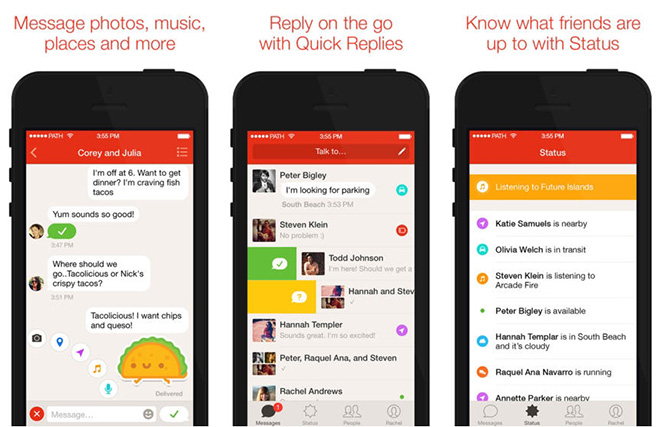 Now, the company has released a new messaging app called Talk for the iPhone and Android. The Talk app has some interesting features, that set it apart from its peers. For one, the messages you send are only stored on the server for 24 hours, after which they are automatically erased.

Secondly, Talk has an ambient status feature, which informs you when your friends are in transit, around you or even if their battery is low without them having to explicitly inform you.

You can also quickly reply to a message by just swiping on the name in the list.

Other than that, it works like any other messaging app, with single or group chats, photo, video and audio messaging and stickers. Path will also be adding more features, such as Place Messaging, which lets you book a table in a restaurant or check in-store availability by just messaging through the app.

You can download Talk for iPhone and Android from the link below.