The 3D shooting, 3D viewing T-Mobile G-Slate tablet showed up at CTIA to announce its price and remind people that it’s coming. The T-Mobile G-Slate (a version of the LG Optimus Pad) has two cameras to capture 3D photos and videos and can display them on its 8.9” screen (glasses are required though). 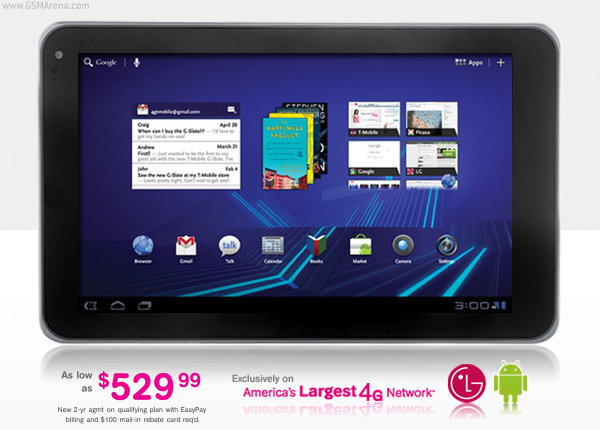 The T-Mobile G-Slate will be arriving some time later this spring, running Android 3.0 Honeycomb on a 1GHz dual-core CPU.

That’s great and all but $529.99, really? If it was without a contract it would have been a bargain, but a 2-year contract with data plan is just overly ambitious.

Would you buy a T-Mobile G-Slate for that price? If yes, you can sign up here for updates.