Super Hexagon started life as a Flash game on a website. Created by Terry Cavanagh, known for making sadistic games such as VVVVVV, Super Hexagon has you pushing just two buttons but pulling out many, many hair. 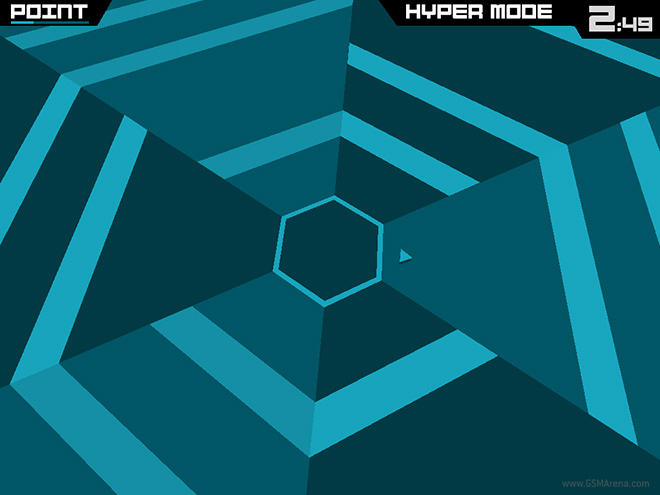 The game has now made the transition to iOS and is available on the iPhone and iPad for just a dollar. We decided to find out how it fares on the small screen.

In Super Hexagon, you control a small triangle and make it revolve around a shape in the middle. You have walls around you trying to close in on you and your goal is to find that gap and run for it without hitting the walls. That’s it, really. Sounds simple, right? Sure, except for the part where the walls close in at breakneck speed, the position and shape of the gap keeps changing and lastly, the entire plane constantly keeps rotating while gyrating at the beats of the background score.

If you’re having a hard time understanding that, watch the video below and imaging yourself controlling the tiny moving triangle in the middle.

Doesn’t look so simple now, does it?

The controlling is done using by pressing on the right and left side of the screen to move the triangle clockwise and anti-clockwise, respectively. And when you die, which you will, again and again, repeatedly, every few seconds, for a long time, you just tap on the screen and let the madness start all over again.

As you play, the shape in the middle and walls closing in on you change shape. The longer you play the more shapes you unlock. At the end of the level you are shown how long you lasted, the last shape you unlocked and your top score. 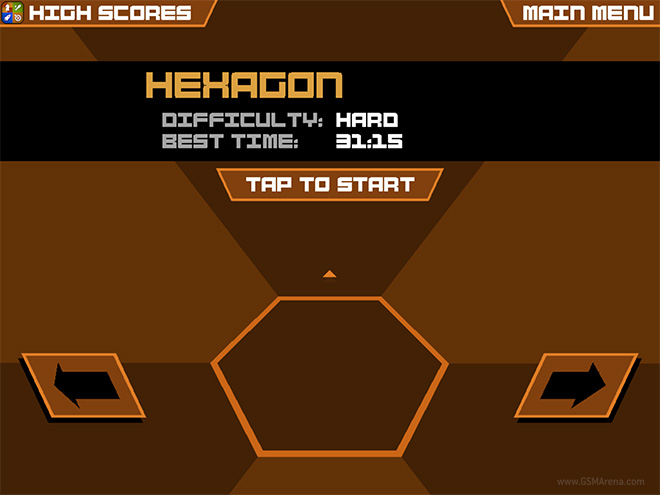 The game has multiple difficulty settings. The one you saw in the video above is the easiest and is appropriately called Hard instead of the usual Easy or Normal. There are Harder, Hardest and a few more that get unlocked as you complete Hardest, which is impossible, so don’t even think about that.

If you’re feeling particularly brave, you could try the Harder or the Hardest levels. But if you lasted, say, 30 seconds in Hard, you’ll last five seconds in Harder and about two in Hardest. You’ll hear “Game Over” so often you’ll start thinking it’s part of the soundtrack. You can keep going at it but it doesn’t really seem to get any easier. Eventually it gets difficult to see the screen through all the tears. Only advantage of playing at these higher difficulty levels is that it makes the basic Hard mode seem easier. For a while, at least.

The Super Hexagon uses basic 3D graphics that keep changing colors at an epilepsy-inducing rate. Different difficulty levels have different shapes and colors. For music, the game uses some peppy 8-bit tunes by Chipzel (download) that will remind you of the days when games were actually challenging and dying meant having to replay hours of gameplay to reach the point where you died, only to die again. It’s all simple and fun and goes well with the theme of the game. 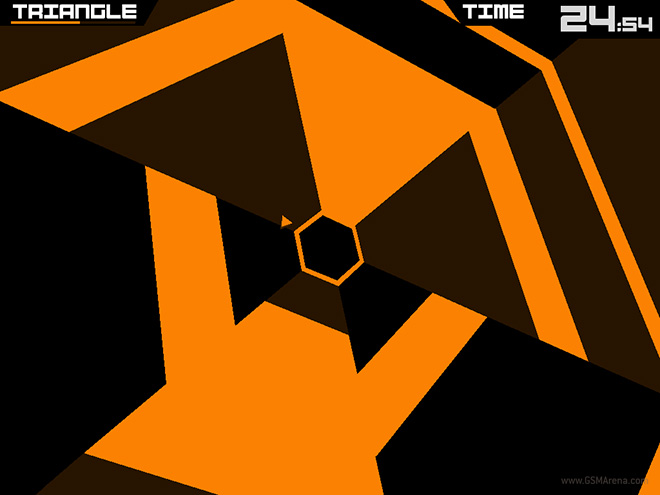 I noticed some issues with the framerate on the new iPad, where it would occasionally become choppy even though there was nothing particularly different happening on the screen. Other times it was silky smooth. This seem like a teething issue and should hopefully be solved with an update.

Super Hexagon is a simple, challenging and addictive game. Sure, it can be frustrating, especially at first when you’re grappling with the controls but the frustration is not due to the game doing anything wrong but rather you not being able to keep up. It will test your reflexes, patience and also perhaps how far you can throw your iPhone or your iPad after hearing the “Game Over” message for the 789,523,894,387th time. But it will also have you going back outside, picking it up and start playing again.

You can find the original Flash game here.