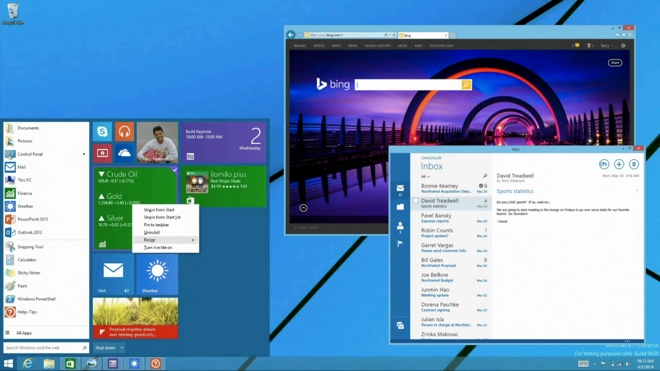 One of the key features is actually an old feature of Windows that will be making a comeback: the Start menu. After bringing the Start button back in the first update, Microsoft will now bring back the entire Start menu in the second. The menu will be familiar to anyone who has used Windows 7 and will also feature some live tiles on the side.

Along with the Start menu, another feature being added is the ability to run Windows 8 modern style applications within windows on the desktop side. This will let you run your modern apps without having to go over to the other side and not have them take your entire screen. This will definitely help those who run a mix of modern style and traditional Windows apps simultaneously on their system.

These features were said to be part of Windows 9 that will be arriving next year but it seems Microsoft is pushing for an early release.