In a manner fitting for a high-profile smartphone, Spigen released a full range of cases and screen protectors for the Samsung Galaxy S5. They range from ultra-slim snap-on cases, all the way to properly rugged offerings. 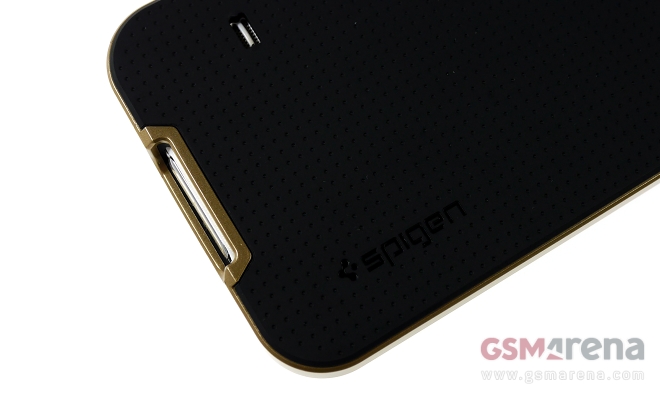 Over the past couple of weeks, I got to spend time with three members of the Korean accessories manufacturer’s range for Samsung Galaxy S5. Made in Korea like the handset they adorn, the Spigen Tough Armor, Slim Armor, and Neo Hybrid bring different levels protection without breaking the bank.

The Tough Armor case is Spigen’s most rugged offering for the Galaxy S5. It features air cushioned TPU base with spider web pattern and a hard outer shell. The latter has a matte finish and is available in a multitude of colors. 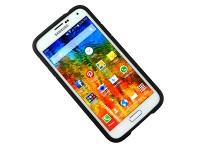 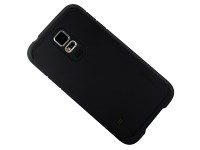 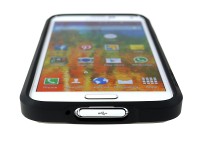 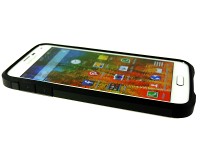 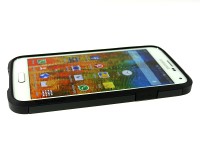 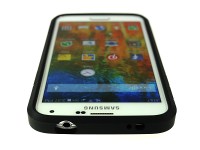 The Tough Armor case looks like it means business in the flesh. Depending on the color, the appearance of the cover ranges from eye-grabbing to stealthy like the unit you see in the images above.

As expected, the cover will do a great job in keeping your precious Galaxy S5 intact. It covers all edges of the device as has a lip which sits 1.5mm above the display to protect it in case of a fall. Overall, the Tough Armor allows you to be quite sloppy with your phone without worrying much about the consequences.

Ergonomics of the case are good. All the ports of the Galaxy S5, including the IR blaster and the heart rate monitor are easy to access. The device’s buttons are covered, but offer good tactile feedback.

Adding noticeably to the physical measures of the Galaxy S5 is the only major downside of the Spigen Tough Armor case. However, the cover is slimmer than its competitors in the segment.

The Spigen Slim Armor could well be the pick of the manufacturer’s range for Samsung Galaxy S5. Like its Tough Armor sibling, the cover features dual construction, but in a significantly slimmer form factor. 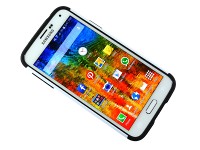 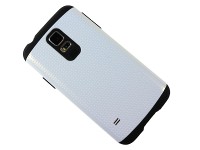 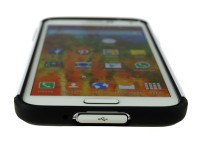 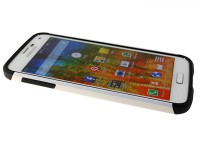 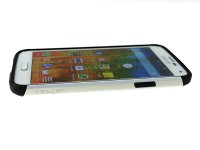 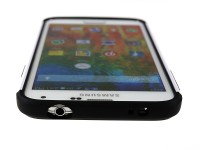 The Slim Armor case integrates perfectly with the Samsung Galaxy S5 in terms of appearance. The case fits flawlessly and has the same finish as the smartphone. Also, its color range matches that of the Galaxy S5.

As far as keeping your smartphone intact, the case is more than ready to tackle the casual misfortunes a smartphone may encounter. The Slim Armor is not as rugged as the Tough Armor, though I reckon that it offers all the protection the Galaxy S5 will ever need.

Ergonomics of the cover are flawless. Like its tougher relative, it allows access to all ports and sensors of the Galaxy S5. The covered buttons have retained their feedback, so there is nothing to frown at on this end.

A Spigen staple, the Neo Hybrid Case for the Samsung Galaxy S5 combines a soft TPU cover with polycarbonate frame. The latter is available in variety of colors and is swappable. 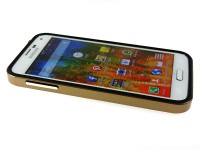 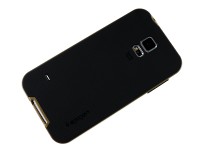 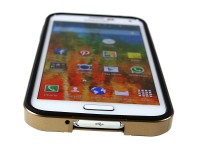 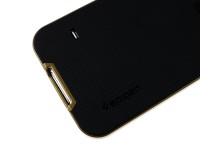 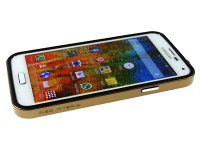 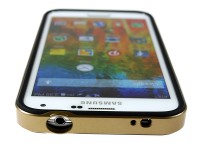 In person, the Neo Hybrid case’s appearance is dominated by the colorful bumper frame. The Galaxy S5’s own colors are among the available shades. Another great design touch is the perforated look of the soft cover – once again it matches the finish of the handset it covers.

Thanks to the polycarbonate bumper, the Neo Hybrid case will handle most casual drops with ease. The back however is only covered by soft TPU, thus more exposed than the handset’s edges.

Ergonomics of the Neo Hybrid case are on par with the rest of the Spigen range. All ports and sensors of the smartphone are easily accessible. Once again, the covered buttons offer good tactility.

The only ergonomic flaw I found in the case is that, because of its bumper frame setup, it adds noticeably to the width to the smartphone. This quirk requires some getting used to, but it is hardly a dealbreaker.

Spigen has already established itself as offering tremendous value for money with its products and its Galaxy S5 lineup is no exception. Each of the cases offers good looks and attention to detail, coupled with tough build and well-sorted ergonomics. They certainly deserve a spot on your shopping list if you are looking to dress up your GS5 on a budget.

The Spigen Tough Armor and Neo Hybrid cases are priced at $29.99, while the Slim Armor costs $24.99 in the manufacturer’s online store. However, the company’s own Amazon storefront has the trio priced below $20, therefore making them an even more attractive proposition.