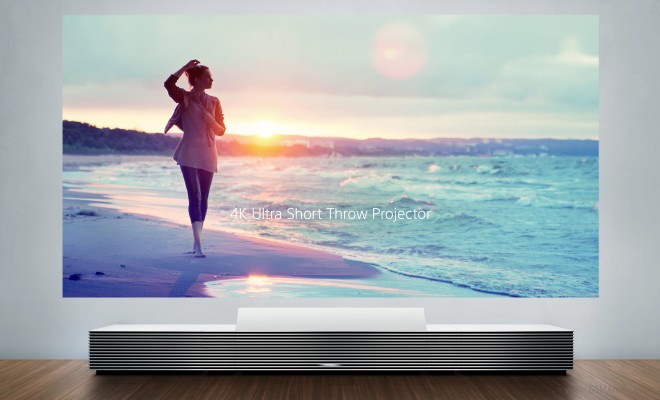 The projector features both powered focus and powered zoom at up to 1.6x, has 4 HDMI inputs, as well as ethernet, IR, and USB inputs.

Display technology includes all of Sony’s bells and whistles such as X-Reality Pro, Triluminous display, Motionflow, auto color calibration, fullHD 3D support, and it’s rated for some 2000 lumens of color and white light output. The design also incorporates a modular construction, which lets you adjust your display areas depending on your needs.

Sony is set to debut its 4K Ultra Short Throw Projector in the US this summer for the whopping $30,000 – $40,000, making it suitable only for the most lavish of tech living rooms.