While the Sony Xperia Z2 solidified its position as in-house top dog with a more powerful Snapdragon 801 chip and 3 GB of RAM many an Xperia Z1 and Z1 Compact owner wished to get some of its features like 4K video recording and Timeshift 720p@120 fps slow motion recording. 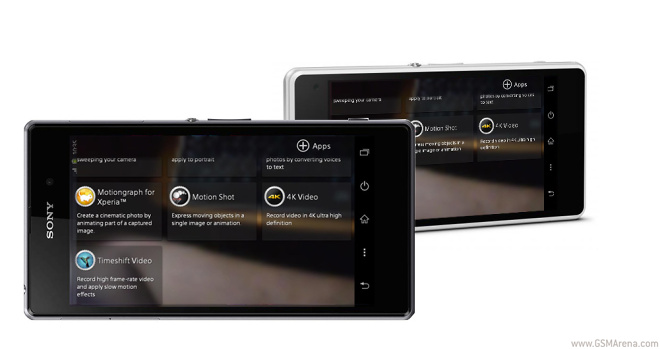 Seeing as how both smartphones feature a Snapdragon 800 chip one would guess they could handle it hardware-wise. And now thanks to some savvy folks over at the XDA devs forum the two features have been successfully ported.

One would need to have either an Xperia Z1 or Z1 Compact, root it and uninstall other camera mods they might have. The features are a little buggy for some users but others report them working trouble-free and without lag. Note that digital image stabilization (Steady Shot) is disabled. The 4K video and Timeshift video are both available through the camera add-on interface.

Porting these features puts the Xperia Z1 and Xperia Z1 Compact on par with the Sony Xperia Z2 in terms of camera capabilities as a couple of months ago the Background Defocus functionality was successfully ported as an apk to the older models. Here’s hoping that Sony includes the new functionality via a software update and makes it available for everyone – not just those that are into software modding.

Hat tip to Halley for pointing this out!