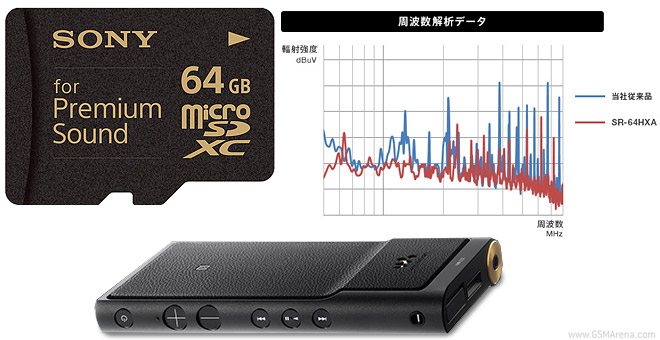 So, for the best sound on the go you need a 64GB microSD card with the “for Premium Sound” label.

It theory a poorly designed component could interfere with the electric system of a phone or MP3 player and mess up the accuracy of its amps. Though in reality the label is an audiophile placebo that will cost JPY 18,500 (around $155) when it comes out in Japan on March 5.

Either way, unless you paid twice as much for your headphones than you would for this card and you listen exclusively to FLAC, you don’t need the Premium Sound microSD card. And even if you do, you probably still don’t need one.

Admittedly, it will go great with Sony’s $1,200 Android-powered Walkman player. I mean it would go great on Sony’s balance sheets, the company’s financial reports could use a boost.