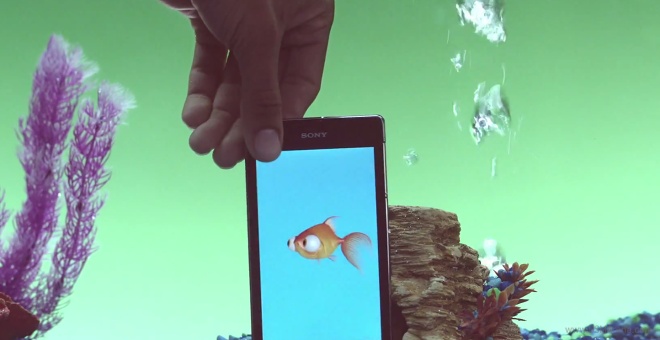 The apps, which look undeniably fun and goofy, utilize a great deal of clever engineering to work. The end result is an Xperia device that detects and changes behavior when submerged under water.

The abovementioned feat is achieved via a detector, which generates a test tone with frequency beyond that of the human ear. The device uses its dual microphones to record sounds that are subsequently processed. The resulting spectrograms contain data that helps the device detect if it is in the air (like most phones are meant to be) or under water.

The currently available apps are dubbed Photo Lab, Rainy-oke, Plantimal, Goldie, Sink Sunk, and Tiny Umbrella. Check out their promo video below and drop us a line with your thoughts in the comment section.