Headphones have been the staple of many a smartphone retail package for quite some time now, so when a manufacturer decides to throw in a premium offering into the mix, we had to take notice. 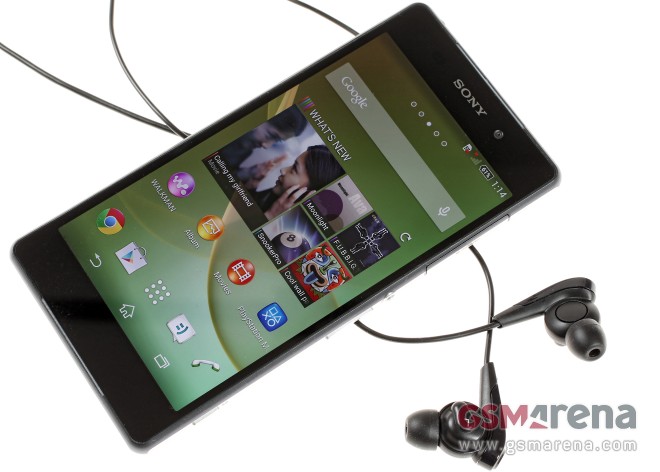 The Sony MDR-NC31E digital noise cancellation headset is packaged as part of certain Sony Xperia Z2 premium bundles, and are designed to take advantage of the smartphone’s built-in noise cancellation features to offer a very robust listening experience. Join us as we take a brief look at just how capable they are in our latest flash review.

The Sony MDR-NC31E Digital Noise Cancelling Headset is rated for a frequency response of 20Hz – 20000Hz. It features 13.5 mm dynamic speakers and has an nominal impedance of 31 Ohms. There is an included EC microphone and the connector is of the standard 3.5mm 5 pole variety.

Sony prides itself as being the only manufacturer to incorporate DNC technology into its flagship, but like we said, only Sony DNC headsets will be able to take advantage of it.

The headset samples surround sound through a built-in microphone, which is then compensated by the DNC circuit in the Xperia device you’ve plugged it into. Sony claims that his reduces up to 98% of ambient noise by creating an inverted anti-sound sine wave.

Plugging in the MDR-NC31E into a Sony device reveals a few special options that you won’t see with other headsets. First, a noise cancelling prompt appears as a permanent fixture to the notification area. From there, you can specify whether you want noise cancellation to be enabled/disabled, or active just while you’re playing music. We’re assuming the Always on option will drain a bit more battery.

Through the Sound effects settings of the music player you can specify what your current noise environment is – Bus/Train, Airplane, or Office. The latter is very useful for when you need privacy in a noisy workplace or conference.

You can select your sound environment in the Sound settings

One of the best things about these headphones is that for many users they will come bundled with a smartphone – another way of saying they are almost like bonus. And getting a noise-cancelling headset as a bonus with your phone is really something to cheer about.

As far as the actual sound quality goes, the Sony MDR-NC31E allowed us to hear bass as low as 20Hz, while going all the way to around 19,000Hz in the higher frequencies. The headphones also had good dynamic range, and provided great overall sound – comparable to that of our Apple EarPods that come bundled with iPhone 5-and-newer devices. The Sony headset had even deeper bass than the Apple EarPods, due largely to the fact that they were able to comfortably go deep into the ear canal.

Although the headphones feature a somewhat unconventional “sticking out” design compared to other in-ear headsets, they are very comfortable to wear and easy to take out thanks to the same protruding area. They also fit adequately far into the ear canal to provide good sound without feeling uncomfortable. This design does have its downsides, however.

While the protruding design does have its advantages, one major flaw is that it does not let you lay your head comfortably on your side while using the headset. If you’re a using them while lying on your side, as it would uncomfortably jam the earpiece uncomfortably deep into your ear.

The fact that the noise canceling feature would work only on the Xperia Z2 and Z2 Tablet is extremely limiting the potential uses of these otherwise excellent headphones. If you are buying them separately, they would make for a reasonable buy only if you already own a Sony Xperia Z2 smartphone or tablet.

While the sound cancelling feature is top notch, the actual audio fidelity of the MDR-NC31E headset cannot match premium over-the-ear offerings. Also, we would have liked a cable of the flat, no-tangle variety, rather than traditional tube-like type.

If you want to have a capable noise cancelling headset without looking like like an airplane pilot, the Sony MDR-NC31E provides all that in spades. It has excellent noise cancelling capabilities alongside audio quality that rivals some top manufacturers. Best of all, when bundled with a new smartphone, it’s really a deal none of the other flagships can beat. As long as your flagship of choice happens to be a Sony Xperia Z2, you’d hardly find a better match than the Sony MDR-NC31E.