After announcing several point-and-shoot cameras in the past few months, Sony has now outed a new single-lens translucent (SLT) camera, the SLT-A57, which comes as a replacement for the original A55. 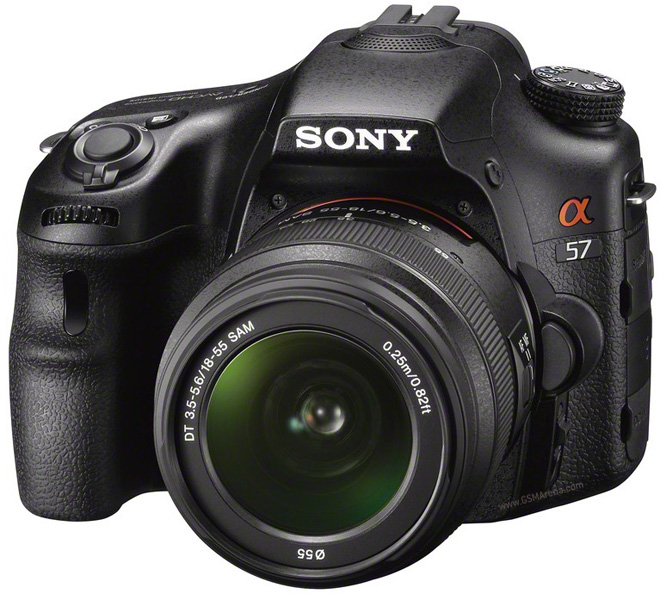 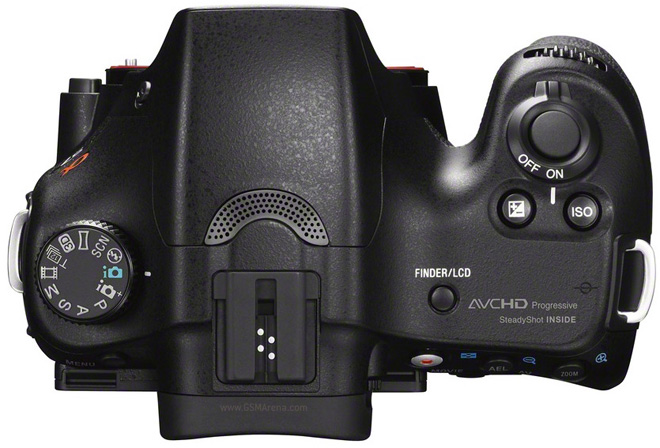 Other features include a 3-inch, fully-articulated LCD with 921k dots, built-in image stabilization using sensor-shift, so you can use any lens without having to worry about it having its own image stabilization, 2D/3D Sweep Panorama, mini HDMI port and an electronic viewfinder with 100% coverage. 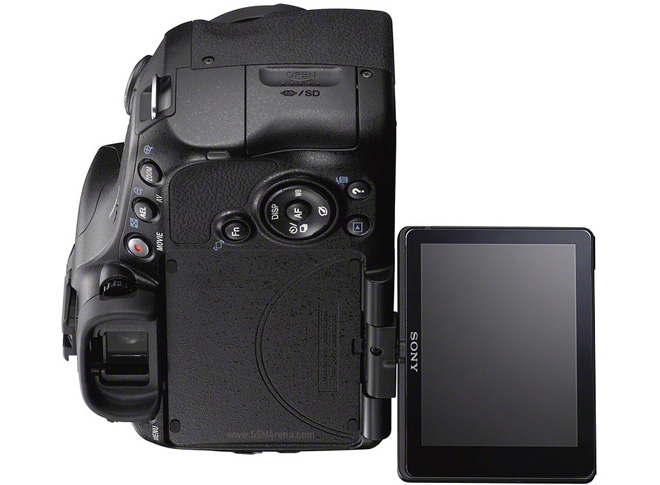 In case you are wondering how is this camera different than a DSLR, the answer lies in the mirror used inside and the viewfinder. In traditional DSLR, the light normally hits the reflex mirror and is diverted upwards to a pentaprism, which directs it to the viewfinder. In case of an SLT camera, the light from the reflex mirror goes to an image sensor above, which converts the image and shows it to you through the electronic viewfinder, which is basically a very tiny display.

Another difference is that the mirror used is translucent and fixed, so unlike an opaque mirror on a DSLR, it can simultaneously reflect light upwards to the viewfinder while allowing enough light to pass through to the sensor behind it without having to flip. The advantage of this is that unlike DSLR cameras, where the viewfinder blacks out when you take a picture because the mirror flips, in an SLT you can continue to see while you shoot. This comes in handy especially during video recording, where DSLRs simply flip the mirror, shutting down the optical viewfinder and switch to the display. In an SLT you can use the viewfinder even while recording a video. Compared to DSLRs, SLTs have their fair share of advantages and disadvantages.

Anyway, enough with the science lecture. The Sony SLT-A57 will be released in April with an 18-55mm kit zoom lens for $800. Sony will also be introducing a new battery-powered LED video light, model HVL-LE1, for recording video indoors or in low light. It will be available this month for about $250.