The HTC Windows Phone 8X has hit our office and we are rushing to bring you a short hands-on of the smarphone, complete with some live photos and a hands-on video. 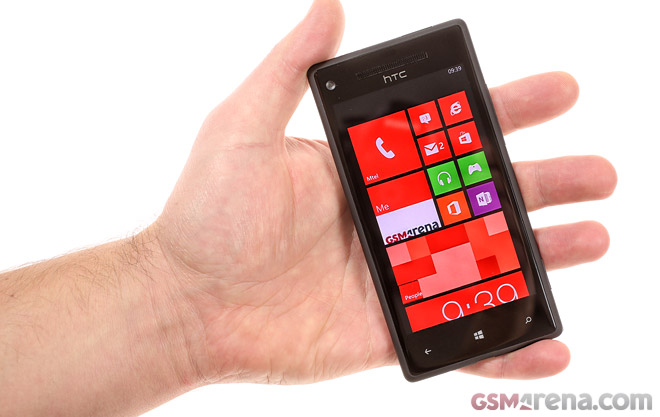 It’s HTC’s flagship Windows Phone device and comes with the latest version of the Microsoft mobile platform, WP8, a Beats Audio amplifier inside, two wide-angle cameras on board, a gorgeous screen and a dual-core Krait processor.

Things are running as smooth as butter on the software side, which is in keeping with Windows Phone’s reputation since day one.

The design of the HTC Windows Phone 8X is very comfortable for one handed operation. The smartphone has tapered edges and looks pretty slim at first, but you quickly realize that thickness builds up towards the center of the device.

However we’re not big fans of the bezels around the screen, especially above and below it. The Windows Phone 8X is virtually the same size as a One X, despite offering a far smaller 4.3″ display (vs 4.7″).

We’re working hard to bring you the review of the HTC Windows Phone 8X as fast as possible so stay tuned.