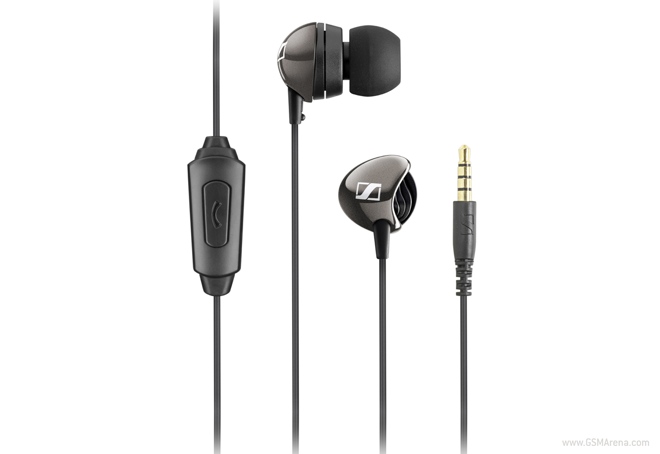 Other than the headset functionality, Sennheiser also promises a ‘bass driven stereo sound’ so you can definitely expect some bass-heavy sound. Let’s see how well it does in that department and in other frequency ranges.

The CX 275s comes in a basic clear plastic and paper packaging. Inside, you will find the earphones, three sets of eartips in different sizes, a carry pouch and a special adapter cable to prevent compatibility issues for smartphones with a different TRRS arrangement. The default cable without the adapter worked fine for me with Apple, Samsung and LG devices as well as my Fiio E10 headphone amplifier.

The CX 275s has a fairly no-nonsense, straightforward design we are used to seeing on Sennheiser products. The only visual flair is found on the speakers themselves, with a wavy pattern on one side that initially seem like it could be vents for bass reflex but isn’t and in no way contribute to the audio performance.

The left and right labels are hidden out of sight on the inner side of the cable that comes out of the speakers and are hard to find. You can, however, use the raised dot on the left speaker and the microphone on the left cable as a guide to tell the speakers apart in dark.

The three sets of eartips provided should broadly cover most people’s ear sizes. I personally found the default medium size perfect for me. The rubber tips are soft and comfortable on your ears and provide adequate isolation from external sounds.

The cable is quite thin but feels fairly well built. It does tend to retain the bends from the packaging, though, and I never quite managed to get it perfectly straightened out. Thankfully, microphonics are minimal and you don’t hear the cable rubbing against your body in your ears.

The right speaker cable has the microphone built-in with a single button to answer and end calls. Unfortunately, there is no volume control function on these but that would have severely limited the compatibility factor. If you want something with extra controls, you will need to look elsewhere. Personally, I wouldn’t have mind sacrificing compatibility in favor of control keys. After all, how many different devices do most people have to need such wide compatibility?

The four feet cable terminates in a straight jack, although the jack on the provided adapter is L-shaped. Both jacks are quite thin and you won’t find your super thin smartphone being raised by its edge due to the thickness of the jack.

With Sennheiser having spilled the beans in its product description, it’s no surprise to find the CX 275s a bit heavy in the bass department. This is mostly mid-bass we are talking about and it doesn’t quite extend all the way down the frequency spectrum. It’s also mostly quite boomy and upfront, to the point where some of the bass notes get a totally different tonality altogether.

In comparison, the mid-range and the upper mid-range in particular are significantly suppressed. This suppression continues into the lower part of the high end and then suddenly the sound peaks again at the very top, This gives the frequency response curve a distinct V-shape.

This will probably be fine with a lot of people, especially if you listen to mostly EDM. In fact, it seems to be tuned specifically for that kind of music. But listen to something with vocals and the CX 275s disappoints. Female voices, in particular, sound lost and the male voices have a nuanced low-end, much more than their singers can be given credit for.

The sound isn’t particularly detailed, either. The soundstage is also not as wide as some of the other in-ear headphones I’ve heard.

The overall audio focuses far too much on the bass with not much preference given to the other ranges of the audio spectrum. This is definitely not for those with audiophile aspirations, then. However, it does have what one might call a ‘fun’ sound, so if you have a more serious pair of headphones and want something with a bit more bass on a budget to satisfy that hidden bass-head in you, then this should scratch that itch.

As a headset, the CX 275s performed adequately. The microphone performance was above average and the person on the other end could hear me without too much effort.

Priced at $69.95, the Sennheiser CX 275s is a good headset for someone who wants microphone functionality and has that one device with an odd output that refuses to accept other third party headsets. As a pair of earphones, the CX 275s are strictly okay. The sound is tailored to be bass heavy and if you’re into that sort of thing you may like these. Unfortunately, being bass-heavy does not give it a free pass for missing out on other frequencies, which is what it does. If you mostly listen to EDM or other bass heavy genres without too many vocals, you may not feel the loss in the other regions of sound. If you want something with a bit more balanced sound, consider the SoundMagic E10.