According to the latest report by IDC, Samsung has been able to achieve a year-over-year growth of some 123%, and has increased its tablet market share by some 8 points. 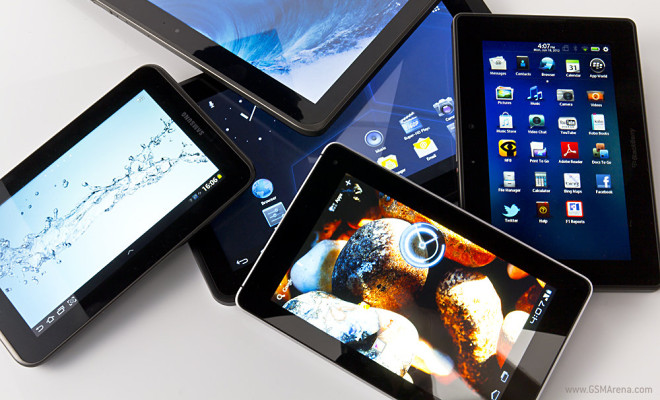 This comes at a cost to Apple, who has gone without a new tablet launches during the second and third quarters to drive sales.

Apple was able to ship almost the exact same amount of units (14.1 vs 14 million million) as in the same period of last year, which has caused its market share drop from over 40% to 29.6%. 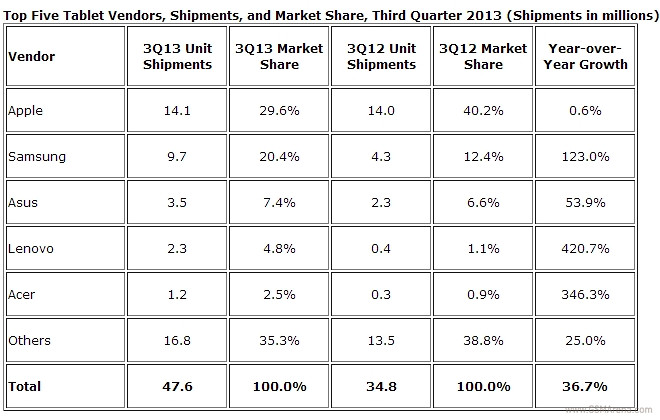 Samsung was able to more than double the amount of units shipped from 4.3 million to 9.7 million, and most Android vendors saw increased growth compared to the previous quarter.

The Android sales include so-called “white box” shipments that describe ultra low-cost Android tablets that “use cheap parts and non-Google approved versions of Android that can result in an unsatisfactory customer experience, limited usage, and very little engagement with the ecosystem.” IDC warns that while higher Android tablet growth is impressive, shipments on their own won’t guarantee future success.