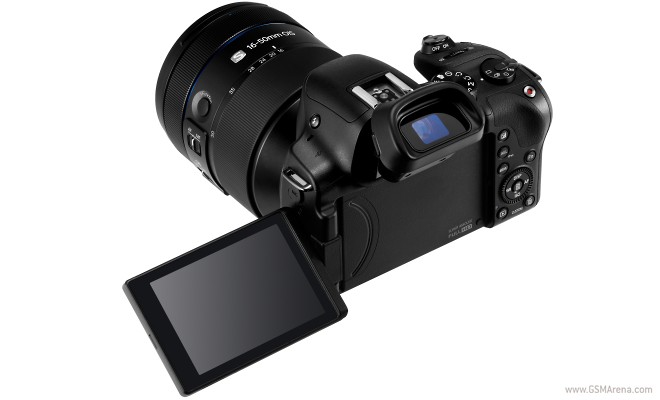 The NX30 features a 20.3MP APS-C sensor capable of shooting at up to 5472 x 3648 pixels resolution, a tiltable electronic viewfinder of XGA resolution, and a 3-inch Super AMOLED swivel and touch display for looking at what you’re shooting from all angles.

The NX30 also features NFC and WiFi connectivity so you ca instantly share shots with NFC-enabled smartphones and tablets. MobileLink also lets you share your shots with up to four smart devices at a time, while the included Dropbox integration lets you upload your shots directly to the cloud service. There’s even support for direct Flickr uploads in select regions.

The integrated DRIMeIV image processor also gives you the ability to shoot 3D scenes and videos.

The NX30 will be displayed for all to see at Samsung’s CES booth starting January 7.