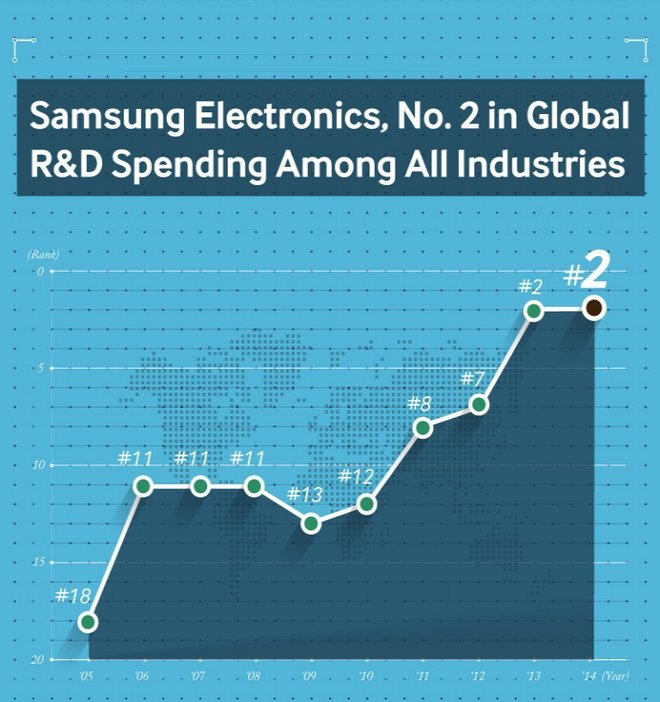 According to the sustainability report 2014, the company has boosted its R&D workforce by 27% since 2010, which now stands at 63,628 employees. In 2012, Samsung opened an R&D center in Finland, followed by one in Silicon Valley the next year. This year, the company has spent around 6.4 percent of its total revenue, or $13.4 billion, on research and development.

“Samsung Electronics plans to focus its investments on securing innovative technologies as engines for future growth, as it sees R&D as a way of securing sustainable growth,” the company said. Among other companies, Intel and Microsoft grabbed the 4th and 5th spots, respectively, while Google came in at 12th position.