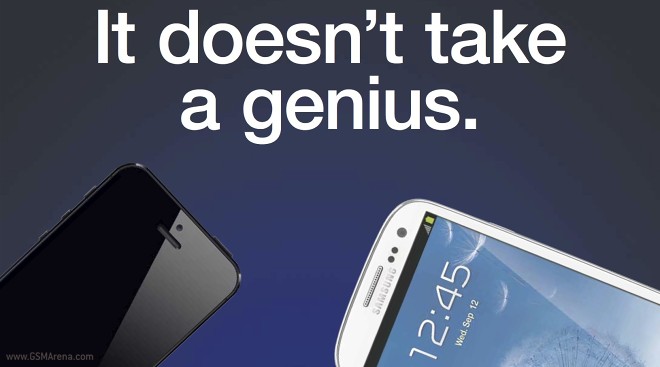 Under the slogan you see above, which gently (or not?) refers to the employees in the Apple stores, Samsung have listed a spec for spec comparison between the US Galaxy S III and the iPhone 5.

We are particularly impressed with the “totally different port” reference for iPhone 5′s spanking new Lightning connector. As for the software side of both phones – Samsung have gone out of their way to point all the tricks, which their US flagship possesses.

Here goes the ad itself. As always, you are welcome to share your take on it in the comments section. 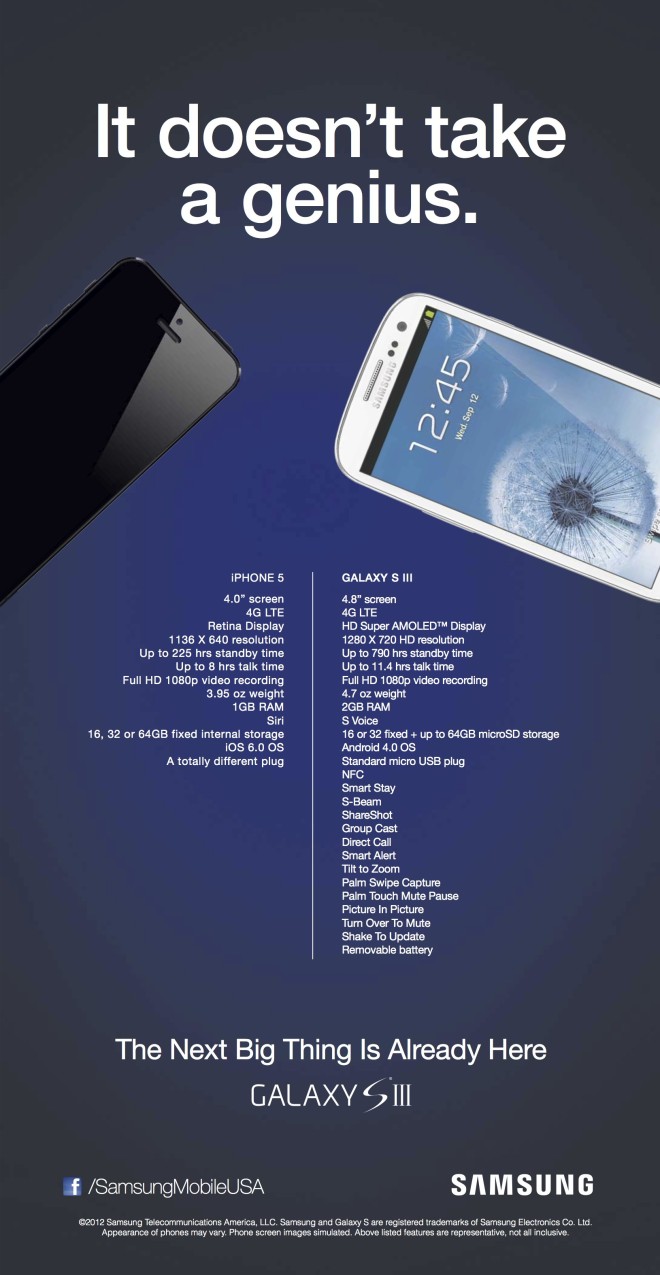