Samsung Gear Live is the company’s first smartwatch based on Android Wear OS. It is available via the Google Play Store and will ship on July 11. 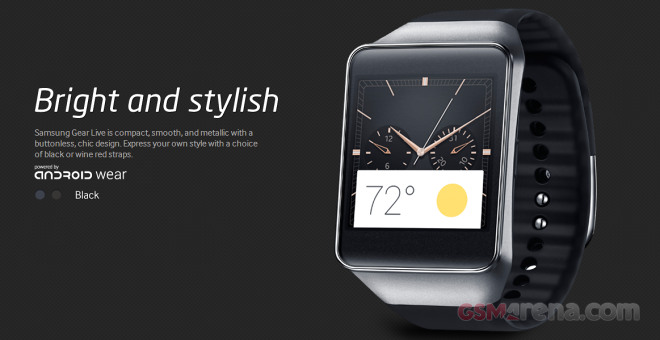 The IP67-certified Samsung Gear Live is priced $199 in the USA. Note that Samsung will start offering the Android Wear-powered smartwatch later in July via its own retail network.

Meanwhile, a teardown of the Samsung Gear Live reveals the tiny gadget is running on the widespread Snapdragon 400 chipset. Of course, it is a downclocked chip probably using only one of the four Cortex-A7 cores, but still. As it turns out the LG G Watch is using exactly the same hardware and most probably Google has required this to reduce the fragmentation.

You can check the Gear Live and G Watch internals side by side. Notice the Gear Live circuit board is smaller, probably because Samsung’s long experience in manufacturing boards. 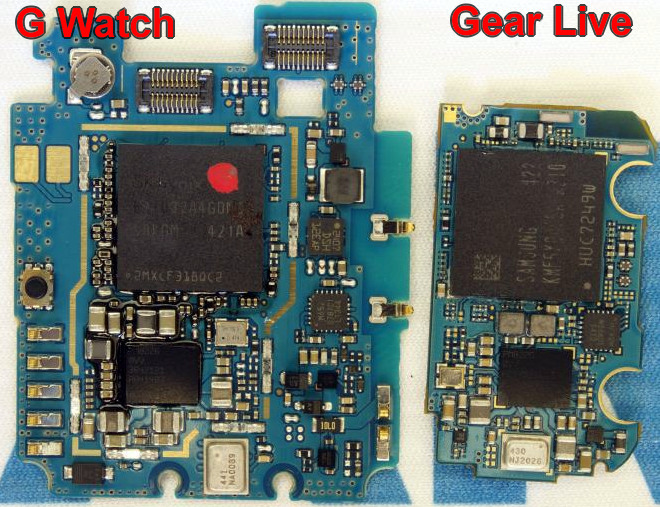