Samsung was expected to launch a bunch of other tablets along with its Galaxy Note 8.0 at the recently concluded Mobile World Congress. One of the more appealing of the rumored tablets was the Galaxy Tab 3 Plus and the good news is that the tablet launch might just be around the corner as it has been officially listed on the Bluetooth.org website.

The listing confirms the model number of the tablet to be GT-P8220 and the existence of an LTE variant. Samsung Galaxy Tab 3 Plus was reported to boast a 2560×1600 resolution display and the tablet is expected to rub its shoulders against the likes of Google Nexus 10 and Apple Retina iPad. 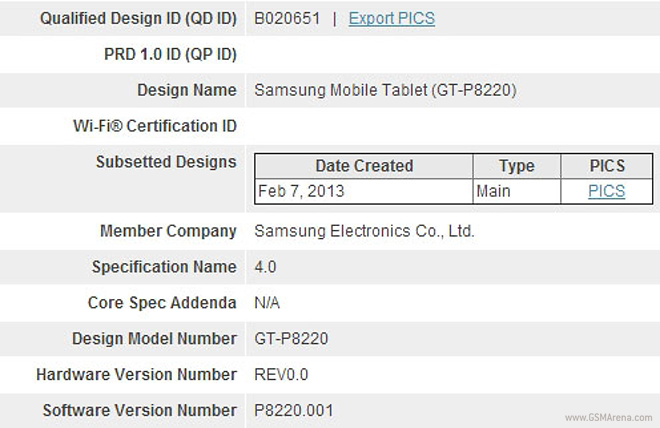 Information about the 10-inch Galaxy Tab is scarce for now, but we’ll probably know more in the following weeks.