Details on the specs and the benchmark performance of the yet to be announced Samsung Galaxy Note Pro 12.2 have emerged. The top-end tablet is tipped for a MWC 2014 release in Wi-Fi-only and LTE flavors. 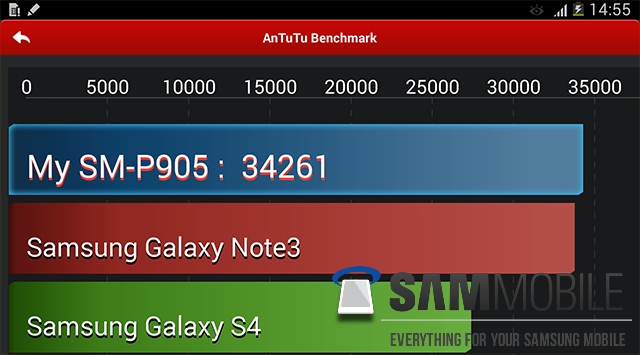 As the name suggests, the biggest highlight of the Samsung Galaxy Note Pro 12.2 will be its display. It is a 12.2” unit with WQXGA resolution (2560 x 1600 pixels) and 16:10 aspect ratio. Coupled with an S Pen, the large screen is bound to make the slate a serious productivity tool.

There is no word on the exact specs of the Wi-Fi only version. We will not be surprised to see it tote an Exynos chipset.

The Antutu score you see above is tipped to be from a device running experimental software. The final firmware will allegedly propel the tablet to a 40,000+ result in the popular benchmark.