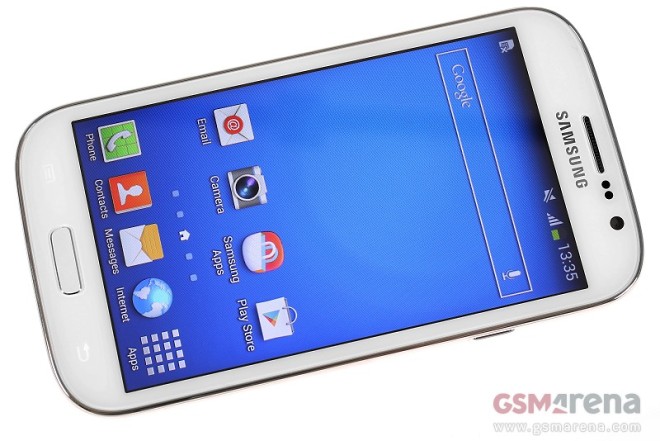 Did Samsung put enough under the hood of the Neo to make it a worthwhile investment for those looking for affordable big screen droids? Let’s take a look.

The Samsung Galaxy Grand Neo offers in large part identical specifications to its predecessor, the Galaxy Grand: a 5-inch WVGA screen, 8GB of internal storage, and 1GB of RAM. Samsung has beefed up the 1.2GHz processor to a quad-core variety, while downgrading the 8MP camera with 1080p recording on the original to a 5MP snapper with 720p video capture.

In terms of controls, the Grand Neo is identical to its predecessor, featuring a volume rocker and power/lock button on either side, while the 3.5mm audio jack and USB port are on the top and bottom, respectively. The back panel is made of a matte material that resists fingerprints and smudges well, underneath which lies the 2,100 mAh battery and card slots (a dual-SIM variant also exists).

Software-wise, the Grand Neo features virtually the same Android Jelly Bean build found on the Galaxy Grand, and the featureset that goes with it. The quad-core CPU should make the performance that much snappier, but we have yet to put it through our rigorous benchmark routine to know exactly how much.

Meanwhile, we’ve shot our traditional hands-on video, which will give you a quick look at the hardware and software features of the Grand Neo.

Be sure to check back with us soon for our full review of the Samsung Galaxy Grand Neo.